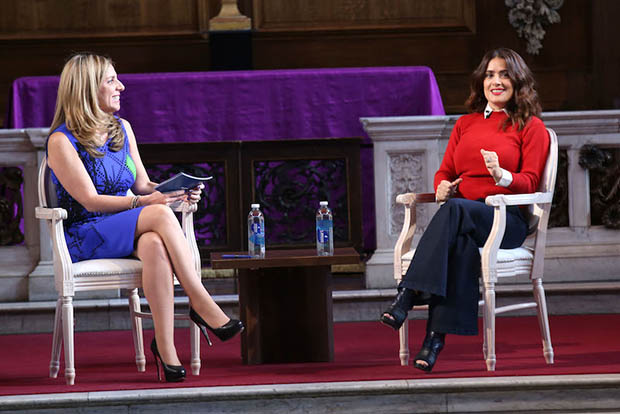 This week, Seven Hills is leading the European media campaign for Advertising Week Europe, an industry festival where creative visionaries, dynamic media leaders and influencers come together to celebrate the creative industries.

Alastair Campbell opened the day with a discussion about his new book, Winners: And How They Succeed, in the prestigious surroundings of St James’s Church. Other highlights included Part I of Facebook’s Creative Talks hosted by the social network’s EMEA VP Nicola Mendelsohn and actress Salma Hayek along with a panel of Rugby World Cup winners, hosted by John Inverdale.

In addition, Jeremy Paxman was interviewed by John Witherow, the editor of The Times, and shared his views on the leaders’ TV debates and an analysis of the upcoming election.

Mirata, a robot astronaut developed by University of Tokyo and brought to London by international advertising agency, Dentsu, wowed the crowds and was interviewed by BBC News, the International Business Times and The Next Web.

The afternoon saw Global Chairman & CEO of Havas, Yannick Bollorè take to the ITV Stage with Kathleen Saxton for an exploration of his professional journey, the evolution of Havas and an insight into what drives him in business.

The evening contains performances from Fleur East and Rebecca Ferguson at the Opening Gala Guildhall and Charli XCX will headline Spotify’s gig at Scala.

Read more about the highlights from today in The Guardian, Mail Online and Business Insider.