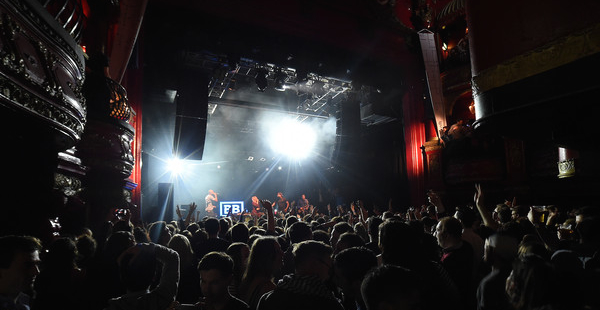 An outstanding Advertising Week Europe 2015 comes to a close

From 23-26 March, Seven Hills delivered the European media campaign for Advertising Week Europe 2015. The festival’s third year in London provided a showcase of the best and brightest in the creative, marketing and media industries.

The final day saw Spotify’s Head of Editorial, Rob Fitzpatrick interview musical legend and co-founder of CHIC, Nile Rodgers on his life as a composer, producer, arranger and artist before Nile wowed the crowds with an impromptu acoustic session.

Turner Prize-winning artist and national treasure Grayson Perry shared some of the secrets of his creative success in conversation with Google’s Nishma Robb.

Topping off the week’s events at the BAFTA campus, Ellie Goulding treated the assembled crowds in St James’ Church to an intimate acoustic set.

As the sun set on this year’s Advertising Week Europe, UK chart phenomenon Rudimental headlined the Microsoft Wrap Party at Koko, bringing the European industry festival to a breath-taking close.