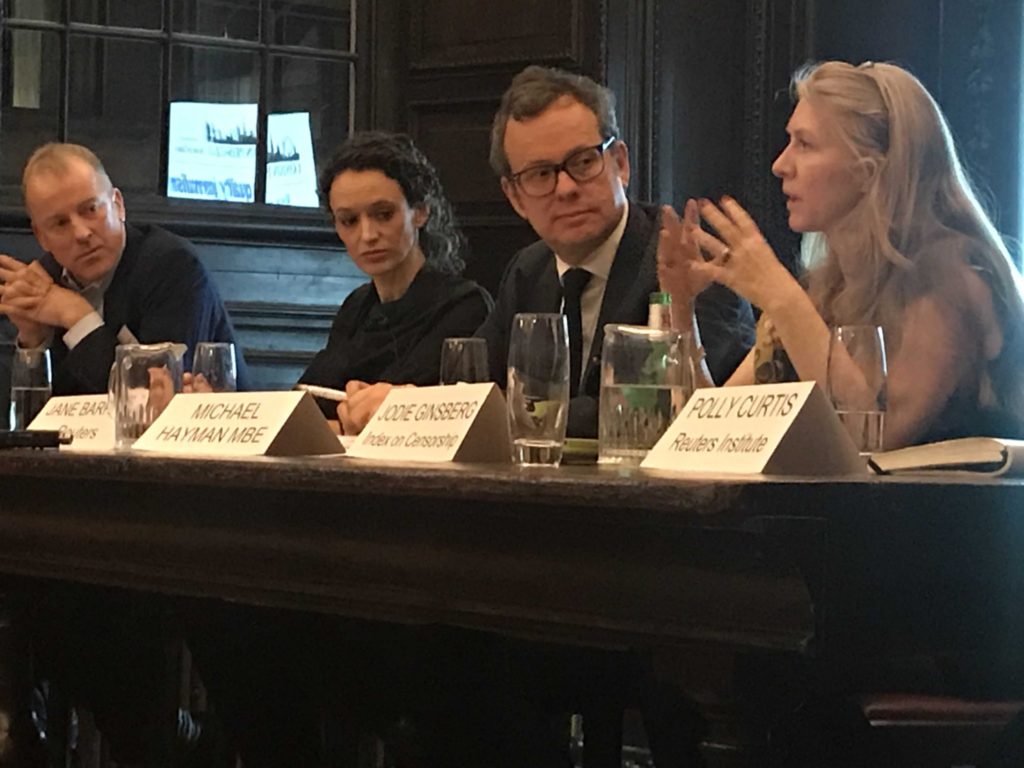 CAN QUALITY JOURNALISM SURVIVE IN A WORLD OF FAKE NEWS?

Senior journalists and media leaders were put in the hot seat on Monday night at Stationers’ Hall, London, to debate the question: ‘can quality journalism survive in a world of fake news and social media?’

The debate – held by London Press Club in association with the Stationers & Newspapermakers’ media group and the society of editors – was chaired by Seven Hills co-founder Michael Hayman and tackled topics including the state of the journalism industry, fake news as a challenge to facts, and the impact of social media.

A theme that emerged throughout the evening was on what the role of journalists is in tackling fake news, with Polly Curtis saying: “It is not our role to monitor fake news and misleading reporting. Our role is to do our own job and continue to produce quality, investigative reporting.”

Doug Wills, chairman of event hosts’ the London Press Club, and managing editor of ESI Media, said of the evening:

“We in the media should always remember that we are here to tell the story, not be the story. This debate was all about reinforcing ways of ensuring publishers in print and online are relevant to our readers and uphold their trust in quality journalism.

“The panel were incisive, and some brilliant questions from the floor highlighted the challenges. It was a superb debate on a vital subject to our industry.”