To position Here East as a world-leading destination for technological innovation, international collaboration, and the leading global example of a successful post-Olympic legacy.

Here East is a campus where global businesses, academics and start-ups come together to shape the future through innovation. A hub to catalyse cross-sector collaboration and cultivate an innovative, creative tech community in the heart of East London.

Here East is a leader for innovation across the UK and globally, with the campus now one of the fastest growing tech clusters in Europe. 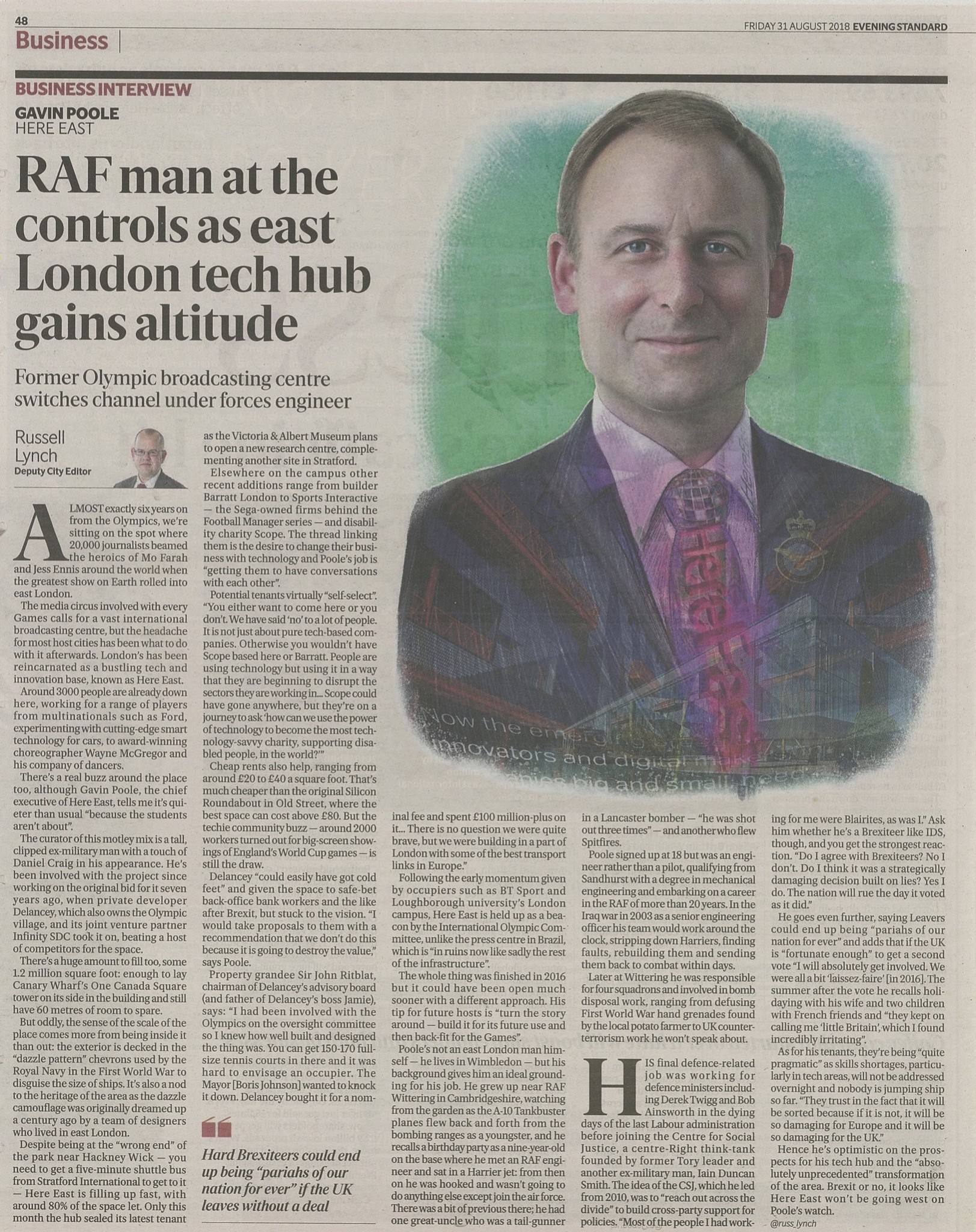 Once the Press and Broadcast Centre for the 2012 London Olympics, Here East is now one of the fastest growing tech clusters in Europe, home to organisations including Studio Wayne McGregor, UCL’s Bartlett School of Architecture, Plexal – a world class innovation centre – and Ford’s European Smart Mobility Innovation Office. Confirming its role as an emergent creative and cultural hub in East London, Here East is the chosen site for the newly announced V&A Research and Collection Centre, and has become London’s first esports cluster.

Seven Hills has helped to position Here East as a leader for innovation across the UK and globally, as well as its CEO, Gavin Poole as an expert commentator on the potential of international collaboration and the vital role of London as a leading tech capital of the world.

The ‘East London Innovators’ campaign showcased individuals driving real change in their communities, with Here East at the epicentre.

To cultivate and strengthen vital relationships with the local East London community, Seven Hills has launched the ‘East London Innovators’ campaign with Here East.  The campaign aimed to showcase the most innovative individuals from across East London – championing the business owners, social initiative founders and community leaders who are driving real change in their community –  and provide a platform for networking and collaboration throughout the boroughs, with Here East at the epicentre.

Here East has become well-recognised as an international centre for innovation, attracting attention from key stakeholders in the business community, top policymakers and technology leaders from around the globe.

Seven Hills has placed Here East as the forefront of new global tech trends and developments – an example of which being the introduction of escooters on the campus. Seven Hills worked alongside San Francisco-based e-scooter firm Bird for the launch of their UK trial at Here East. Seven Hills has also overseen significant news announcements for Here East such as the opening of the government-backed London Office for Rapid Cybersecurity Advancement at Plexal, and the official reveal for the new V&A centre.

During London Tech Week, Here East welcomed Prime Minister Theresa May to Plexal, the innovation centre at the heart of the campus, for a keynote speech on the government’s commitment to investment in tech. Then BBC Breakfast broadcast live from Here East at the end of London Tech Week with presenter Ben Thompson highlighting the innovative businesses on site and positioning Here East as the centre of London tech.