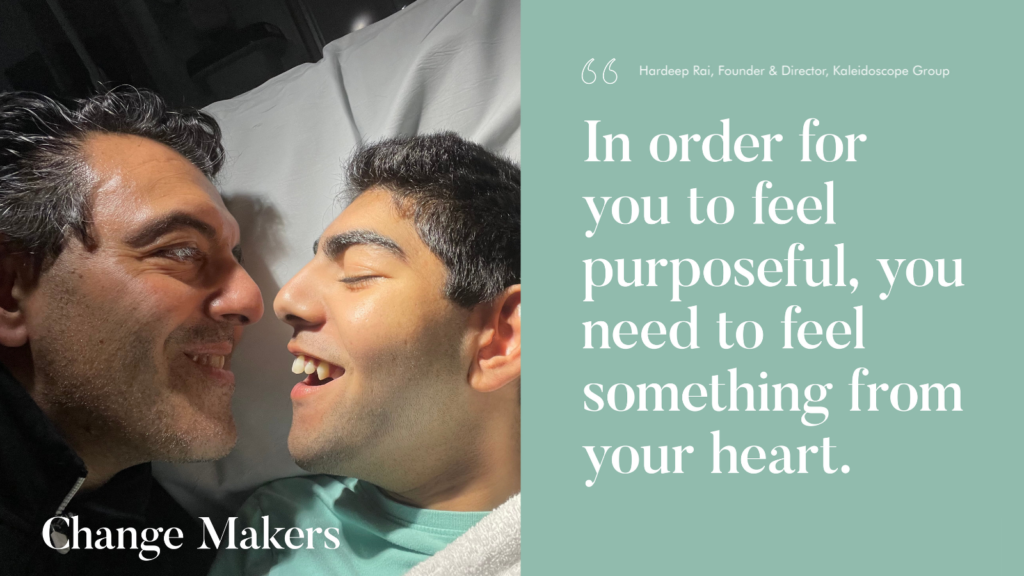 Michael is joined by Dan Glass, the award winning human rights campaigner, writer and performer, to discuss activism and cultivating curiosity we have about ourselves and the world at large.

With his visionary community based approach that weaves connections between groups that are marginalised in society, Dan’s work seeks to raise critical consciousness and creativity so people can read their reality and write their own history.

According to Dan, activism is simply acting upon what you care about, and cultivating curiosity we have about ourselves and the world at large. It’s with this spirit that he’s led campaigns for climate justice, LGBTQIA rights, HIV awareness, and much more with his exuberant passion for change, described as matched only by the depth of his rage and the warmth of his insight.

Elin is an endurance rower, whose 77-day voyage across the Atlantic was the first in a line of adventures that led to her becoming part of the first all-woman team to row across the Indian Ocean and later, completing a “hat-trick of oceans” by sailing the Pacific.

Through these voyages, Elin has raised over £300,000 for causes close to her heart and has been recognised by the Welsh Assembly for “services to Wales”. But with ever the thirst for adventure, Elin has continued to make a difference after gaining her PhD and going onto a successful career as a scientific researcher and founder of healthcare innovation platform Aparito, which she still leads today.

It’s a long way from her early career, which began as a Premiership rugby prop forward for Alton and London Wasps, when she also competed for five years at international level for Wales A.

In this conversation with Michael, Elin discusses what has inspired her “squiggly career” and what comes next for someone who is always looking for the next great adventure.

Hardeep is the founder and director of Kaleidoscope Group, the portfolio of companies that say there should be no barriers to business for those with disabilities.

The journey began for Hardeep after his son, Eshan, was born following a number of complications, which led to a severe brain injury, learning difficulties and a physical disability. From a successful career in financial services, Hardeep soon understood no amount of wealth could reverse a disability. But the attitudes from those with wealth to disabled people certainly could be changed.

Starting with Kaleidoscope Investments, the fund putting money behind business ideas originating from people with disabilities, Hardeep has helped many disabled entrepreneurs throughout their business life-cycle, with a motto that “integration not discrimination is our motivation.

Andrew Roughan is the managing director of the innovation centre and co-working space in the heart of East London, Plexal.

Part of the Here East campus in the Queen Elizabeth Olympic Park, Plexal supercharges collaboration, working with government and the UK’s best and brightest start-ups and scale-ups, to foster a new era of innovation and solve the challenges that matter most to society.

Andrew was part of the founding team that secured Here East’s 200-year lease from the London Legacy Development Corporation to transform the former press and broadcast centre at the Olympic Park into an ecosystem and community that delivers on the legacy of the Games.

A decade on and the campus is now a home to almost 4,000 people working and studying on-site, changing the face of East London by opening up new opportunities to the wider community.

Cephas Williams, Founder, The Black British Network – From empathy to empowerment: how to shift power structures

In the latest Change Makers episode in collaboration with the University of London’s School of Advanced Study, looking at addressing the question, “How has Covid changed us?” Michael Hayman is joined by Cephas Williams, who describes himself on his website in just one word: human.

But one word doesn’t quite do justice to someone with a career as extensive as any campaigner in the UK today.

As founder of the Black British Network, he aims to use the collective influence of business leaders across the UK to keep the conversation going around the challenges of systemic racism we see here and around the world, beyond moments of trauma and public traction.

And as well as convening and inspiring corporate leaders, Cephas has a track record of impacting the public consciousness with his photography campaigns Portrait of Black Britain and 56 Black Men, and the open letter he penned to his new-born son in the wake of George Floyd’s murder in 2020, ‘Letter to Zion’.