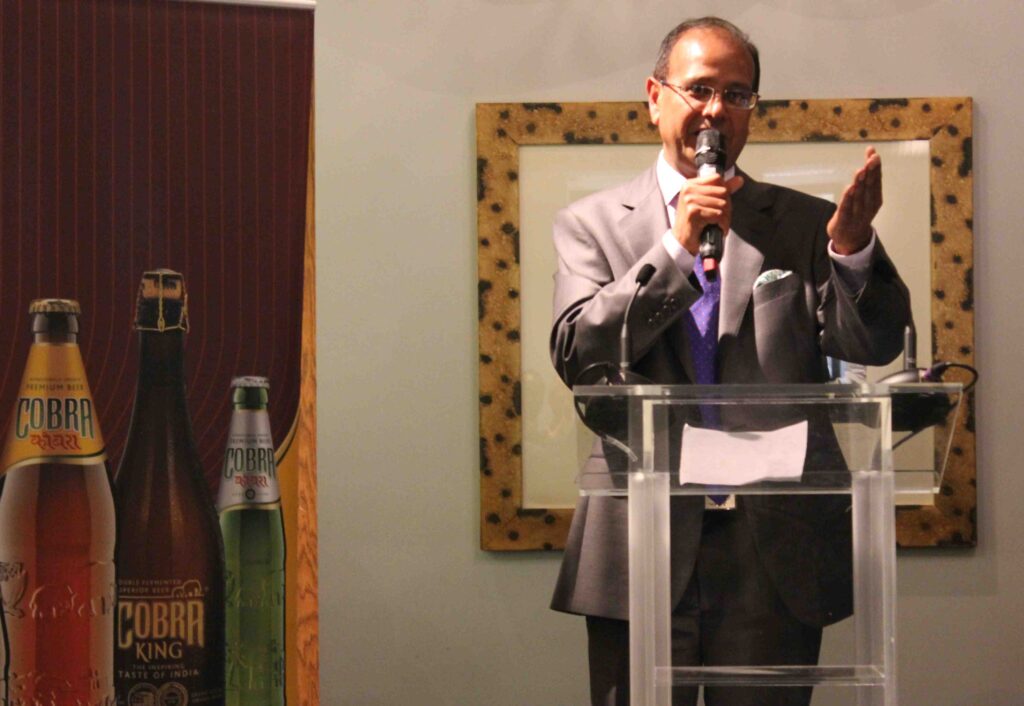 Seven Hills client Cobra Beer this week launched a national campaign that will see six of Britain’s highest-acclaimed chefs share their invaluable knowledge and expertise with hundreds of chefs from the UK’s Indian restaurant community.

With the ethnic restaurant sector facing a sharp decline in the number of more highly-skilled chefs coming from abroad, Cobra Beer launched the initiative to give back to this vital community. The campaign was unveiled at an event held at London’s Cinnamon Kitchen, co-hosted by award-winning chef Vivek Singh who is one of the six chefs leading the training sessions over the coming months.

Seven Hills secured media attendance at the event from both national and trade outlets, including The Economist, The Publican’s Morning Advertiser, Businesszone and Asian Affairs.

Speaking at the event, founder of Cobra Beer Lord Bilimoria said: ‘We know from speaking with many ethnic restaurants that there is a real shortage of skilled chefs in Britain, due in part to our rigid immigration laws, which is why we decided to co-ordinate a national skills-sharing initiative. With the support of some of Britain’s most distinguished restaurateurs, we hope to equip chefs up and down the country with vital knowledge and confidence to produce the highest quality, delicious food that the British people love.’

Vivek Singh, restauranteur and chef of The Cinnamon Club & Cinnamon Kitchen, said, ‘The Cobra Beer skills-sharing initiative is a fantastic programme to boost the ethnic restaurant community in Britain and I look forward to sharing my experiences with the participating chefs over the coming months.’