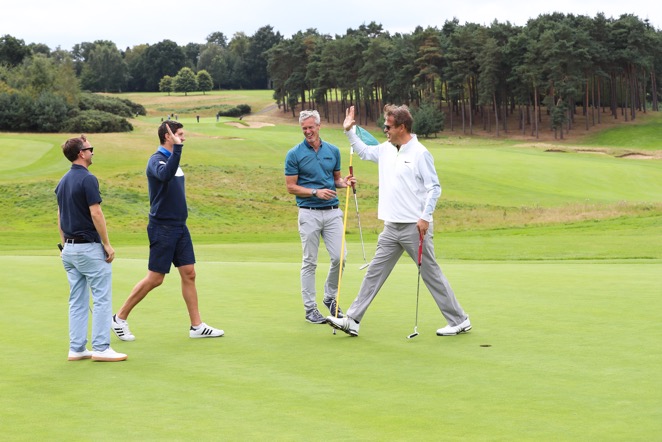 Some of Britain’s most recognisable faces joined the Peter Jones Foundation on Monday 12th September for the Foundation’s Charity Golf Day.

The fundraising event was held in aid of the Peter Jones Foundation, which helps unlock the potential of young people through enterprise education.

Peter said, “I am thrilled that our annual Charity Golf Day has continued to grow in scale and popularity, allowing us to support the UK’s budding young entrepreneurs to achieve their business dreams.”

“We are hugely grateful for the support of so many influential and inspiring leaders that attended our event at Bearwood Lakes Golf Club – not least Vernon Kay and Mark Foster who have both been great sports! The money raised for the Peter Jones Foundation will ensure that we are closer to achieving our mission of embedding enterprise at the heart of the UK’s education system.”