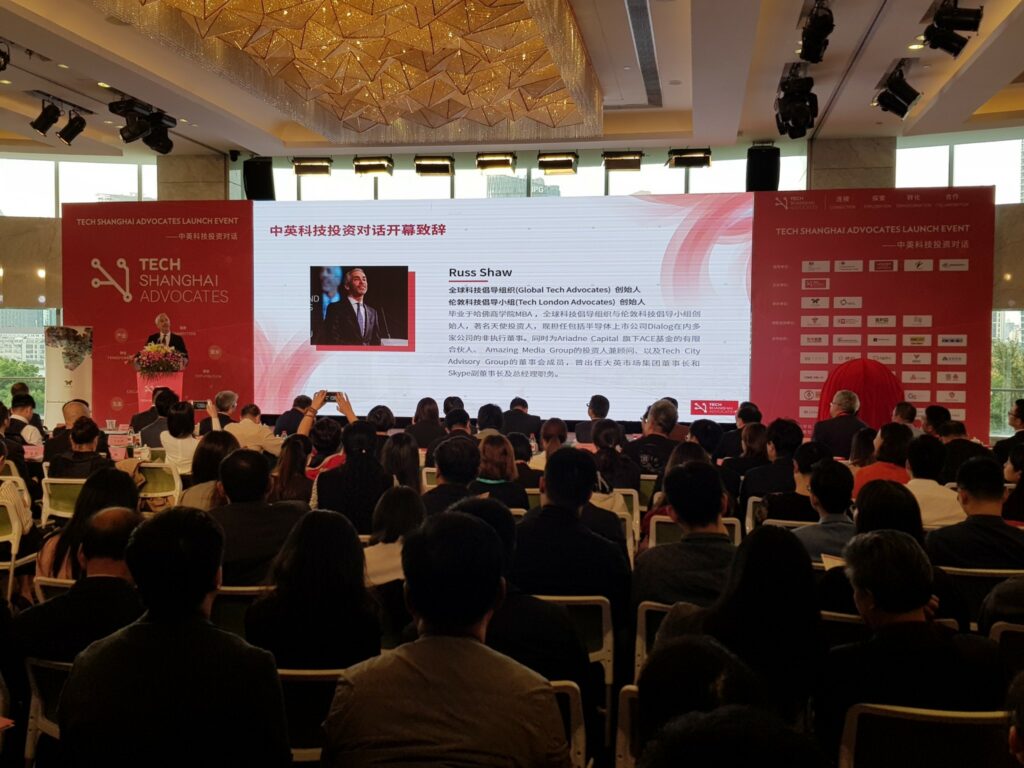 Seven Hills was today proud to support the launch of Tech Shanghai Advocates in China.

In the heart of Pudong, the city’s finance district, more than 400 people gathered to celebrate the arrival of the group, which connects tech hubs around the world.

Speaking at the event, Global Tech Advocates founder Russ Shaw shared his vision for stronger collaboration between China and British tech companies. He was joined by John Zai, founder of Cocoon Networks and lead of Tech Shanghai Networks, who explained the principles on which the group will run: connection, exploration, transformation and collaboration.

Other speakers included British Consul General Tony Clemson and representatives from SoftBank, ARM, the Chinese government and an array of tech entrepreneurs, investors and academics.

Shanghainese journalists were eager to cover the event, with a busy schedule of interviews from outlets including China Daily, TechCrunch and Caixin.