Heed Churchill’s words to the nation: Stand firm and carry on 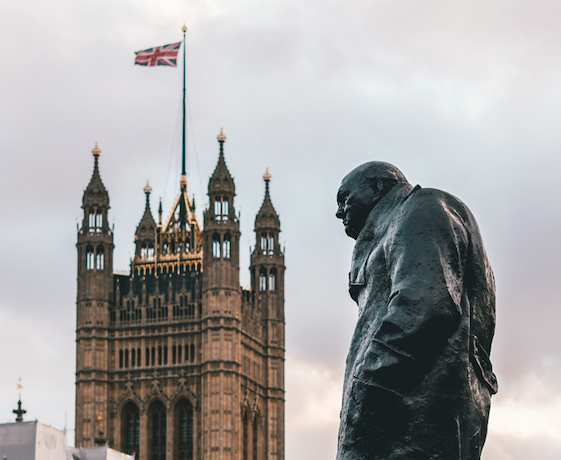 Heed Churchill’s words to the nation: Stand firm and carry on

These words, often attributed to Britain’s then wartime Prime Minister Winston Churchill, are emblematic of his call to never, never, never give up.

Today, the world is living through a new hell, fighting a silent invader which moves remorselessly on, ripping through societies, undoing markets, and overturning seemingly immovable rules for business in moments.

Health secretary Matt Hancock made the point in a radio interview on Friday that not only was this the biggest public health emergency in our lifetime, but it was also a challenge the scale of which our generation has never faced before.

The vanguard of the virus is fear. Whether that is personal or professional, it tests the mettle of us all in the toughest of times — from the way we consider others when shopping in supermarkets to how we will respond to the curtailing of civil liberties.

In turn, vast numbers of workers have been sent home to work, many in industries that never considered mobile operations as possible, let alone desirable. At this stage, there are not enough laptops to go around, and the stress-testing of security from scammers is a round-the-clock issue for our banks.

And on the front line of business are our small firms, the vital lifeblood of jobs, wealth creation and prosperity. Hospitality and retail have borne the first economic shock wave, and the brutal stories of businesses foreclosing and jobs lost are nothing short of heart breaking.

In the grand scheme of things, these are likely to be the early days of a challenge that the Prime Minister says will take at least until June to break the back of.

This is why keeping going is the number one thing that we can all do to play our part in the fightback. Keeping going with friends and family, with colleagues and clients, with people that need our help and our kindness. Because there is a generation that did all of this before — and it was Churchill’s.

I have framed on a wall at home a leaflet written to the nation by the then Prime Minister, and it is called “Beating the invader.” It’s a pitch-perfect piece of writing about facing down fear and overcoming the darkest hour.

In it, he gives two pieces of instruction. The first is to “Stand Firm”. Think about that for a moment. The message is clear. Don’t give into your fear. Join the fight in whatever way you realistically can — whatever is asked of you, no ifs no buts, just do it. Because it benefits the collective good.

His second piece of advice was this: “Carry On”. Get on with life, don’t hide from it. Right now you are here, and you have it within yourself to make a difference to the people in your life.

And while there will no doubt be examples of the worst of human nature, we will also witness our best: our doctors, our nurses, those who will seek to protect us from the worst in the days and weeks ahead. If you’re looking for national heroes, go no further than those in the NHS and the other public services giving everything to keep us safe.

In business, too, there are signs of innovation in the way we do things to fight for a future beyond the virus — from gin distilleries temporarily becoming makers of alcohol-based hand sanitisers, to gym instructors running online classes to connect the isolated.

And working at home turns out to be more than possible for a great many. Video conferencing is innovating the way that teams and customers stay in touch. Life goes on.

The government’s intervention to sustain us through this situation has been to commit to spending “whatever it takes”. It’s a vital lifeline, but one which will need speed to market and ease of access to make the difference right now.

In the meantime, we enter the eye of the storm — the rapid climb in cases, the toughest of times. But just as it will come, it will also go.

You learn a lot about yourself in tough times: your capabilities, your judgements, your qualities.

And in this experience I hope that it brings out our very best selves and the chance in the longer term to change a great many things for the better.

Churchill’s generation got that. We must protect those that live on today, and we can learn from them too. Because they were our finest.

They came together to fight a common foe, they never gave up, and that kept us going.