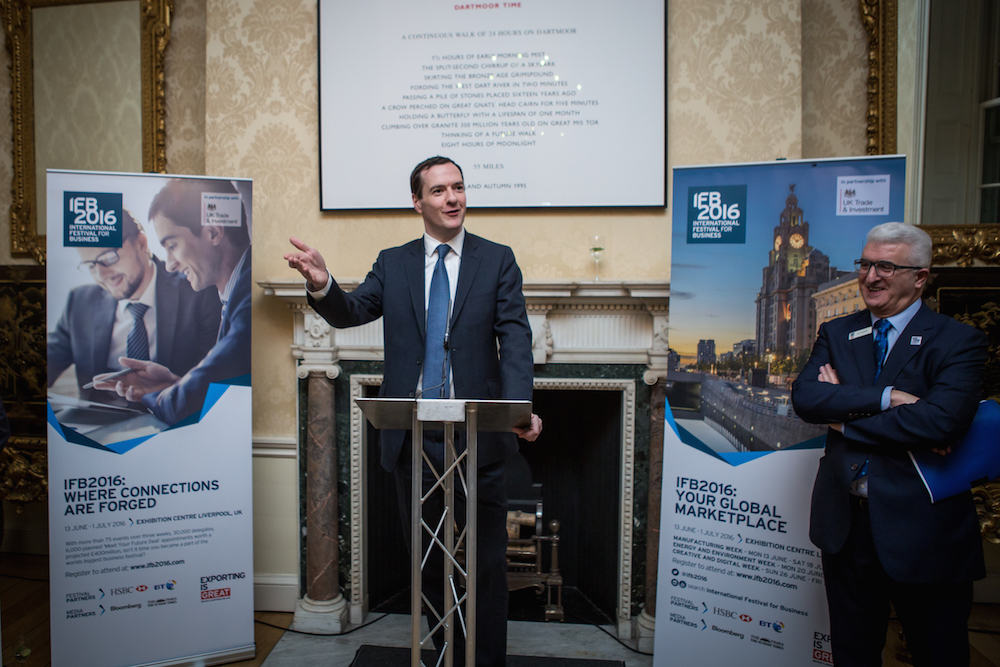 The International Festival for Business 2016 gathered top-tier journalists from national and international press on Friday to mark 100 days out from the start of the event itself.

Seven Hills assembled an audience of commercial partners and media for the milestone event, which saw business leaders share their inside commentary on the fortunes for UK trade during and around this year’s festival, which will gather upwards of 30,000 delegates to Liverpool this June.

IFB2014 secured over £280m of export and investment deals for UK businesses and IFB2016 will top that, showing a sign of the UK’s strength and a revival in both UK exports and international trade.

Helen Tse, CEO of Sweet Mandarin who secured their first export order off the back of the festival, said ‘What’s amazing is that we export to China, a market we never thought we would reach… It has transformed our business.’

The event was covered by Radio 4’s Today programme, the Shanghai Daily, Arab News, The Financial Express (Bangladesh), the International Business Times and an interview with Max Steinberg CBE also appeared in the Sunday Express.