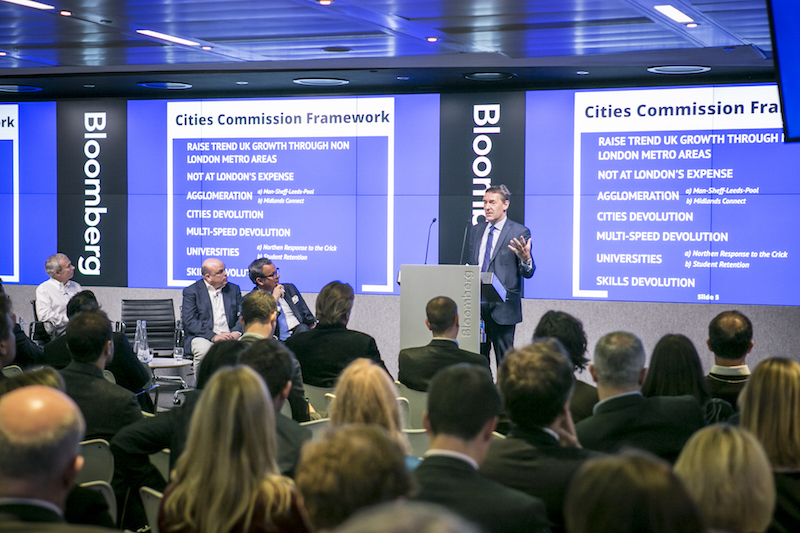 Speaking at SUMMIT: The Future of Growth, the event created by Seven Hills and held at Bloomberg’s London headquarters, O’Neill cited Apple’s growth in China as a success story driven by the demographic spread of its employees.

The Brics economist, who recently authored a report on growth in cities, also predicted that the Northern Powerhouse could push Britain’s growth rate by two tenths of a percent – the green shoots of real economic recovery in the UK.

He said: “Apple’s results demonstrate even more that if you have got the right ground and you’re doing the things that consumers want, then you’re going to do pretty well. If you have a lot of people it’s pretty easy to become big, and that’s certainly one of the things that is allowing the UK, slowly, to grow, despite some pretty poor policies.

Fellow panellist Dr Mike Lynch OBE, founder of Invoke Capital, praised the British education system for positive economic growth in the UK, but warned that we are losing talent to Silicon Valley.

He said: “We are still turning out the best technologists in the world. However, rather like other countries that have vast oil reserves in the ground, we’re not very good at extracting that. When you go somewhere like Silicon Valley, you’ll be surprised at the number of British people who are there, and who have left the UK.”

Also speaking on the panel, Luke Johnson, chairman of Risk Capital Partners, added that British entrepreneurs are the “lifeblood of our economy”.

He said: “Old firms either have to reform or, long term, they die. Technology has made starting and testing a business faster, easier and simpler than ever before and this is a tremendous drive for entrepreneurship. I think we should be proud and confident that the UK is becoming a world-beater for entrepreneurship.”

Follow @sevenhillsviews #SUMMITGROWTH for live updates on the event throughout the day.