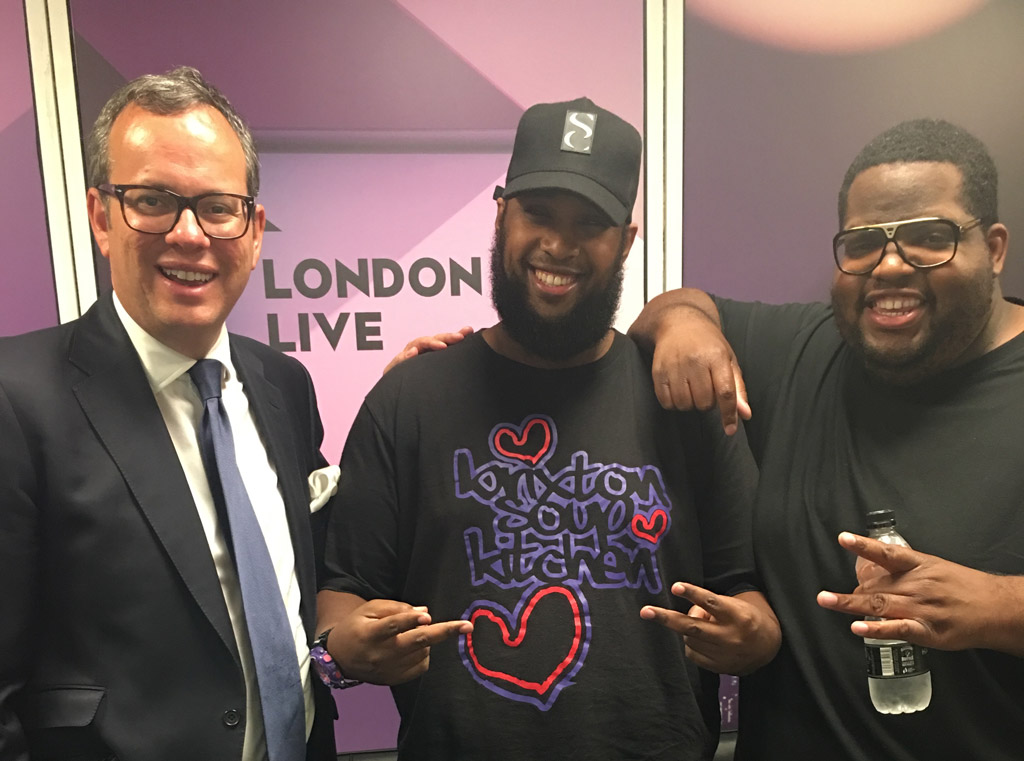 When actress Joanna Lumley saw the work Solomon Smith and Mahamed Hashi of Brixton Soup Kitchen were doing, she called them up to see how she could  help. “She’s amazing. She rang and asked what we needed. We said, ‘we need a van’ and she delivered!” says Solomon.

Speaking on London Live’s Capital Conversation last night, the social entrepreneurs told host Michael Hayman how they take the graffitied van around the city, bringing smiles and much needed support: “There’s so much strife between the different communities in London. So we drive the van around and get each community to sign it to show we all exist in one place, in harmony.”

The charity, which provides hot meals and clothes to London’s homeless, began in the winter of 2012 when the pair heard about the deaths of six homeless people. “We couldn’t help but wonder if they would still be alive if they had warm food and clothes, so we hit the streets. We didn’t want to just go on Facebook and complain, we thought let’s not be complainers let’s be doers!”

While Solomon and Mahamed started out thinking food was the answer, they soon realised that the needs of London’s homeless go beyond a bite to eat. “Food is a facilitator for engagement with people who find it hard to engage,” says Mahamed. “We provide a warm safe environment for people who have been kicked out of communities and invite them to find themselves again and build relationships. It’s about giving them family back.”

The larger-than-life social entrepreneurs have garnered a strong following on social media, gaining the attention of Lumley and other local celebrities. They’ve also captured the imaginations of companies, who help on “corporate Thursdays”. “We’ve had MTV, M&S, Citibank and RBS come down,” says Mahamed. “They always leave saying ‘wow I didn’t know this was going on under my nose.’ And they always come back.”

Seeing the transformation of the people they help is what fuels the team behind Brixton Soup Kitchen but Solomon and Mahamed say they look forward to the day when they can wind it down. “You don’t have to be part of the soup kitchen to give people food and clothes. If everyone looked after each other we wouldn’t need places like ours.”