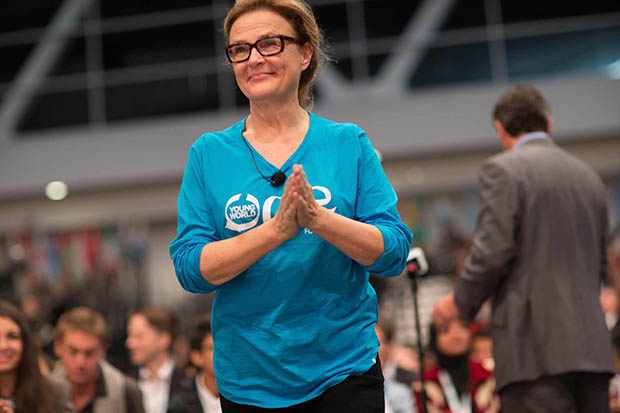 Kate Robertson, Global Co-President and UK Group Chairman of Havas Worldwide, Steps Down to Focus on One Young World

Seven Hills client Kate Robertson this week announced she will step down from her full-time role as Global Co-President and UK Group Chairman of Havas Worldwide, to focus on One Young World.

She co-founded the global youth charity One Young World in 2009 with David Jones, former CEO of Havas. Heading towards its sixth annual Summit, One Young World has become the premier global forum for young leaders, with 1,500 delegates from 196 countries expected at this year’s Summit in Bangkok, Thailand, taking place from 18-21 November 2015.

This year’s Summit is the first to be hosted in Asia and with One Young World increasing in size year-on-year, Robertson has made the decision to dedicate her time to the not-for-profit organisation.

Robertson has been at Havas for 12 years, leading the UK Group in serving many international clients. In 2014, she delivered record growth for the Group in addition to leading the acquisition of Work Club, a leading, London-based, full-service social, mobile and digital marketing agency, and the creation of its formal business partnership with Havas Worldwide London early this year.

Kate Robertson said: “One Young World has become an overwhelming passion and one that needs an enormous amount of attention, especially with 2015 being the first time that the Summit will be held in Asia. Working in the advertising and marketing communications industry has been an enormous privilege, and I am deeply grateful to all my industry friends and acquaintances for both their past and ongoing support for One Young World.”