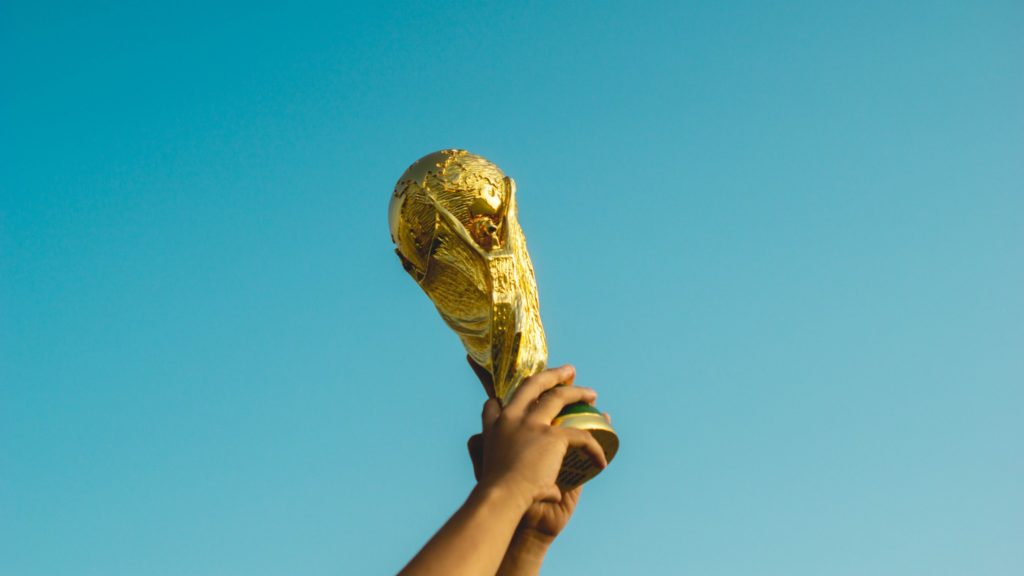 Despite the Belgian blip, England is in the last 16 of the World Cup.

As the sunshine continues, we are having the best summer since 1976, following a royal wedding that was rich in spectacle, love, and meaning – and watched by millions around the world.

As a nation, it was perhaps another landmark occasion, the London 2012 Olympics, when we last spoke with an optimism that evoked the return of the “feel-good factor”. It is elusive and intangible. Difficult to define but easy to recognise. It speaks to a nation finding its mojo.

And it is clear that we haven’t had that golden haze for some time. Whichever side of the Brexit fence you find yourself on, frustration abounds. The glacial pace of the process has sapped optimism, harmony, and confidence.

It has been a miserable scrap between two camps knocking seven bells out of each other, hell-bent on amplifying what divides rather than unites us.

And it has cost us dear. The national fibre has worn thin. A nation at ease with itself? I think not. Never in my lifetime have I seen the country reduced to such a single-issue obsession, and it has left us battered and bruised.

When a famously articulate foreign secretary is reduced to saying “f**k business” to our entrepreneurs, wealth-creators and industrialists, it shows just how far off his “true north” as an instinctive champion of enterprise he has veered.

In turn, when Iain Duncan Smith appears to link the Confederation of British Industry with Nazi sympathisers, you have to ask: how many friends are people willing to lose over this, and how much offence are they prepared to cause?

The debate has been dragged to extreme places that nobody foresaw. Emotions have been weaponised, and it’s not healthy.

The neurotic presentation of current conditions as utterly woeful or unequivocally wonderful just confuses. It leads to a loss of perspective, a totalitarianism of view that diminishes our sense of mission for the future.

It is worth noting that when he recently reflected on his time in the position so far, the new US ambassador to the UK Woody Johnson made the observation that Brexit has created a timidity in Britain and a surprising lack of optimism. Surprising, yes – for while there is valid cause for concern, any balanced assessment would surely conclude that we have many good reasons to be hopeful.

With a shift in outlook and energy levels, perhaps we can start a different conversation, one that looks beyond the immediate hurdle of Brexit and starts to think how we emerge from it. Britain will go on after March 2019, and it’s up to us whether it’s a Britain that continues to be bitterly divided, or one that might take the steps to bring us back together.

If we act like all is already lost, whether because the referendum result wasn’t what we wanted or because we’re frustrated with how things have been handled since, there is no hope for the future. If England’s journey through the World Cup so far teaches us anything, it is that even when the odds seem stacked against you, nothing is a foregone conclusion.

And when you get a result you don’t like, you have to pick yourself back up, or it’s game over.

The most important lesson of sport is focus. The intensity that this unleashes can be transformational. It can turn doubters into believers and it can muster an enormous mobilisation of energy in the pursuit of the win.

And the power of the winning mindset is something that you so often see in business. If you are looking for a powerful group within our society that can carve a win out of Brexit, it will be business. The trade behind the trade deals will ultimately determine how well we will fare.

This mindset is finally starting to find its feet this summer – in spite of the incessant Brexit sparring.

Reports from the Bank of England suggest that businesses are expecting supercharged sales, and its regional agents have listed the World Cup along with disposable income growth and consumer confidence as the reasons.

Meanwhile, the Centre for Economic and Business Research has suggested that the UK will see spending increase by £720m over the coming months, even if England depart the World Cup in their next match tomorrow.

Brexit has become an epic consumer of national energy, but we have been given gifts this summer. We can either dismiss them as frivolous fun, or view them as the catalyst we needed to recharge.

And as our fans face the setbacks and dig deep to the tune of “football’s coming home”, maybe we need to make sure that some of that golden self-belief comes home too.