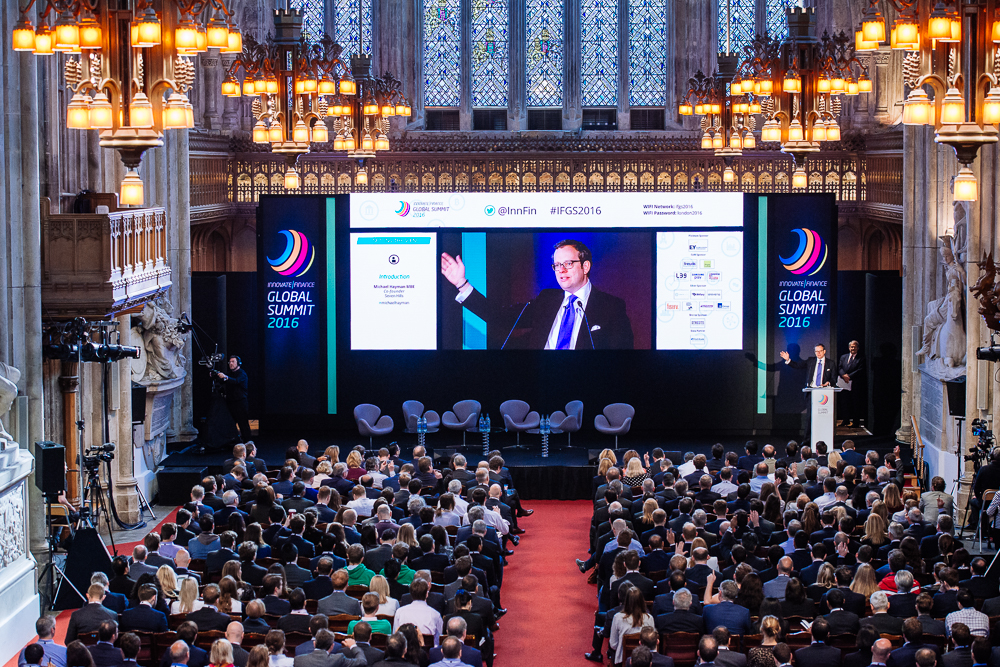 Held at Guildhall in the City of London, the second annual summit brought together speakers and guests from 44 countries to celebrate the latest developments in financial technology (FinTech) with a particular focus on the opportunities and challenges that the sector faces: regulation, talent and London’s incumbent position as the global capital of FinTech among them.

There was a packed hall when trailblazers of financial disruption in London – Eileen Burbidge of Passion Capital, Damian Kimmelman of DueDil and Gonçalo de Vasconcelos of SyndicateRoom – spoke about the early days and their role in the UK’s FinTech revolution.

In the ‘FinTech 2020: India and China plenary session, Chairman of Rainmaking Innovation Alok Vajpeyi spoke about the potential power and pitfalls of FinTech not only here in the UK but globally. He described London as “the best FinTech destination and jurisdiction in the world.”

The extent of governmental support for the UK financial technology sector was confirmed when Economic Secretary to the Treasury Harriet Baldwin used her keynote speech to announce the creation of ‘FinTech bridges’ – an industry led hub that will aim to ensure that the UK remains the capital of World FinTech.

It is the second time running that Seven Hills has helped to produce the Global Summit. Seven Hills co-founder Michael Hayman MBE, who opened the day’s proceedings and compered throughout the day, said, “It’s fantastic to be back and for Seven Hills to be working on such an incredible event. I know that entrepreneurs, investors and tech companies have been looking forward to this. Getting to see, hear and talk to the leading figures in modern financial services, it not only  made me excited for FinTech’s future but proud that London will sit at the centre of global financial innovation.”

Click here to see the highlights film from the day.