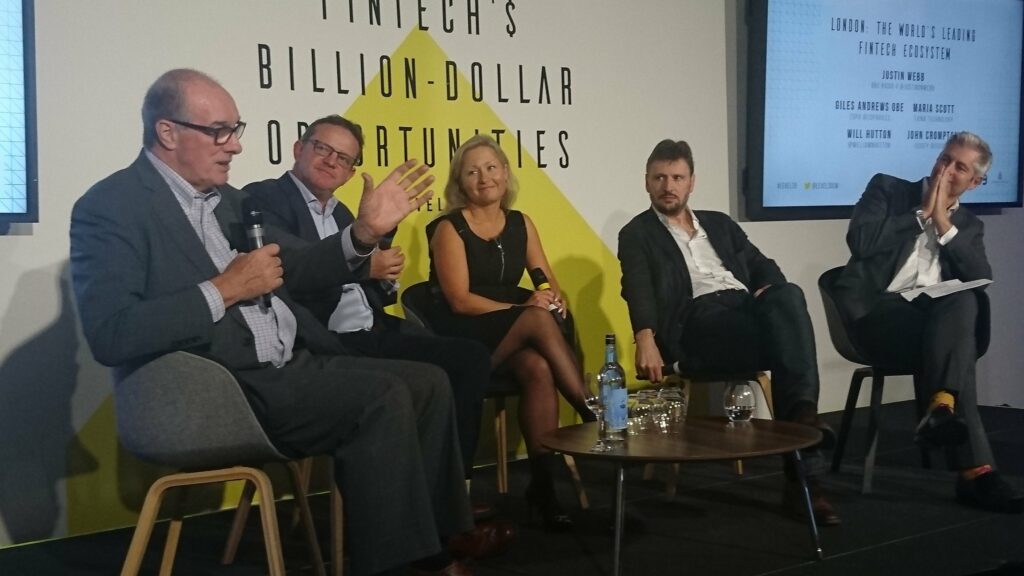 By Alexandra Mills | 21 Sep 2017 | 17:13h
Level39 – the ambitious tech start-up community – and Canary Wharf Group launched a coalition of entrepreneurs and banks yesterday, with the aim of securing London’s position as the world’s capital of fintech.
With the backing of financial institutions including Barclays, HSBC and Investec and fintech companies including Zopa and SyndicateRoom, Level39 has produced ten guiding principles for fintech start-ups to follow that will guarantee the industry’s future success. The principles are part of the ‘Fintech’s Billion-Dollar Opportunities’ report, which is available to download here.
Head of Level39 Ben Brabyn launched the initiative yesterday at the Billion-Dollar event, calling on London’s fintech community to back the campaign and support the city’s global reputation.
Speakers at the event included political economist Will Hutton, Portuguese Secretary of State for Internationalisation Eurico Brilhante Dias, founder of Zopa P Giles Andrew, the COO of Blippar, Danny Lopez and Bo Ji, Assistant Dean at the largest business school in China, CKGSB. Radio 4 Today anchor Justin Webb moderated the event, alongside Seven Hills co-founder Michael Hayman.
Journalists from the Telegraph, Daily Mail and City AM attended. The coalition is expected to play a significant role in media commentary around the future of fintech in London in the coming months.
Seven Hills delivered all elements of the campaign as part of its engagement with Canary Wharf Group to recognise Level39 as the home of ambition in London and the UK.