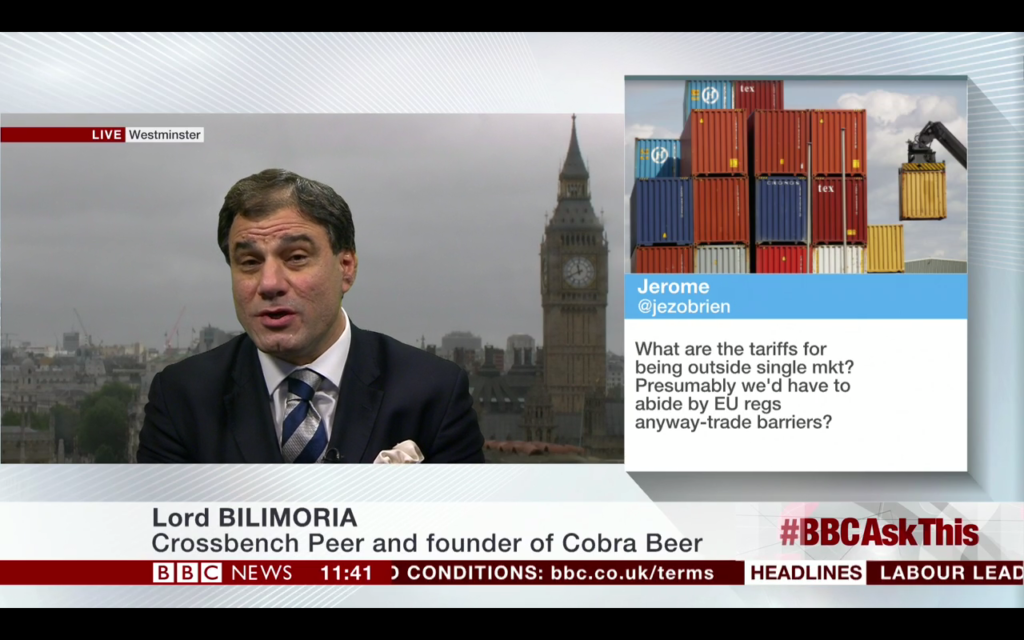 Seven Hills client Lord Bilimoria has called for voters to answer the calls of world leaders and major British allies, and vote for Britain to remain in the European Union in the upcoming referendum on 23rd June.

Lord Bilimoria, the founder and Chairman of Cobra Beer, this week appeared on CNN’s Quest Means Business in an interview with presenter Richard Quest, discussing Britain’s needs from the EU, including it’s attractive position for foreign direct investment, its freedom of movement and the international peace and security it has fostered over the last seven decades.

The Economic Times of India reported on Lord Bilimoria’s speech in the Parliamentary debate on the Queen’s Speech, in which he called on British voters to recognise advice from ‘almost every country in the world and critically our closest allies’ regarding the UK’s position as the world’s foremost European partner.

Lord Bilimoria was also interviewed on BBC News, where he answered questions from viewers about the detrimental effect Brexit would have on the’s UK’s trading and economic position, offering a fresh, international perspective to the ongoing debate.