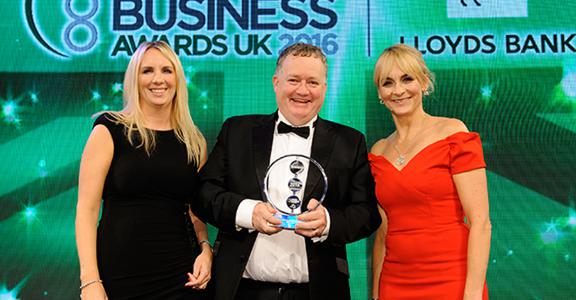 “M Squared stood out as a business that not only had innovation as part of its DNA, but one which really built commercial success around this approach,” read a statement from the judges.

“In a highly scientific field, they really understood that the technology really had to stand as marketable product,” the statement added. “To support this they have also developed a highly collaborative approach with not just interested parties, but also their staff and customers.”

The award is the latest recognition of M Squared’s achievements, with the business also winning the prestigious Queen’s Awards for Enterprise (Innovation) this year along with a place in The Leap 100, The Sunday Times Tech Track 100 and Bloomberg Business Innovators.

Earlier this year, Glasgow-based M Squared was among a number of businesses to receive investment from the Business Growth Fund to expand their international business and invest in R&D.

Founded by Dr Graeme Malcolm OBE and Dr Gareth Maker, M Squared is one of the UK’s fastest-growing technology companies. It produces highly innovative laser products that allow the world’s best scientists to do everything from treating cancer and developing regenerative medicines, to detecting chemical warfare agents and teleporting information.

The business has released a number of impressive new technologies this year, including the UK’s first commercial atom interferometer, a laser tool for making precise measurements of gravitational acceleration.