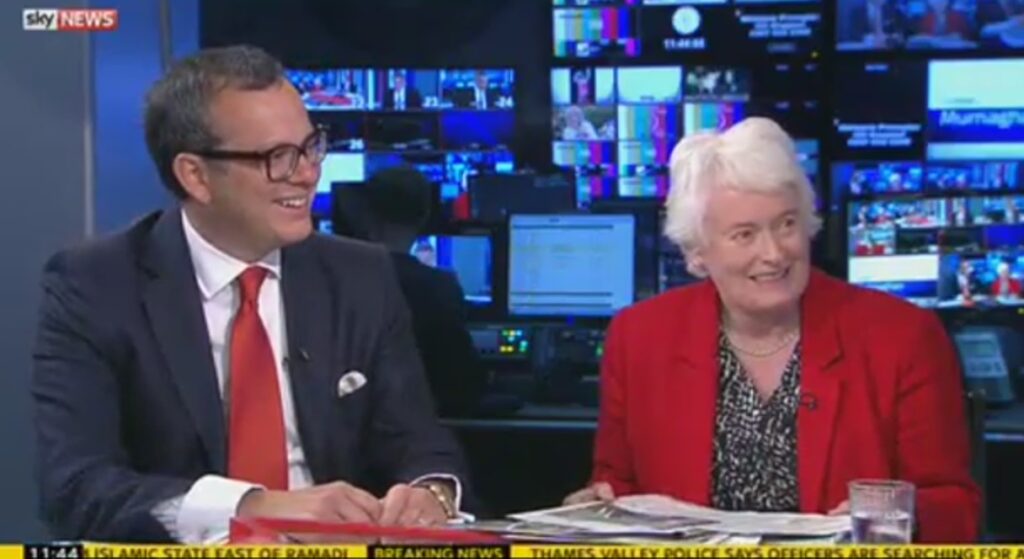 Seven Hills co-founder Michael Hayman MBE appeared on Murnaghan on Sky News on Sunday 24th May alongside Margaret Mountford, former advisor to Lord Sugar on BBC’s The Apprentice. The show is hosted by veteran broadcaster Dermot Murnaghan and features interviews with leading figures from politics, business and sport.

Michael, who is a regular guest reviewer with Margaret on the show, had his say on a range of current issues facing the UK including the argument surrounding the 2017 EU referendum, Chancellor George Osborne’s blueprint for the Northern Powerhouse, and the new government’s pro-small business agenda.

Michael also spoke poignantly on the need to reform banking and business
as a force for good; themes he and Nick Giles explore in their new book from Penguin, ‘MISSION: How the Best in Business Break Through’ which will be published on 2nd July 2015.