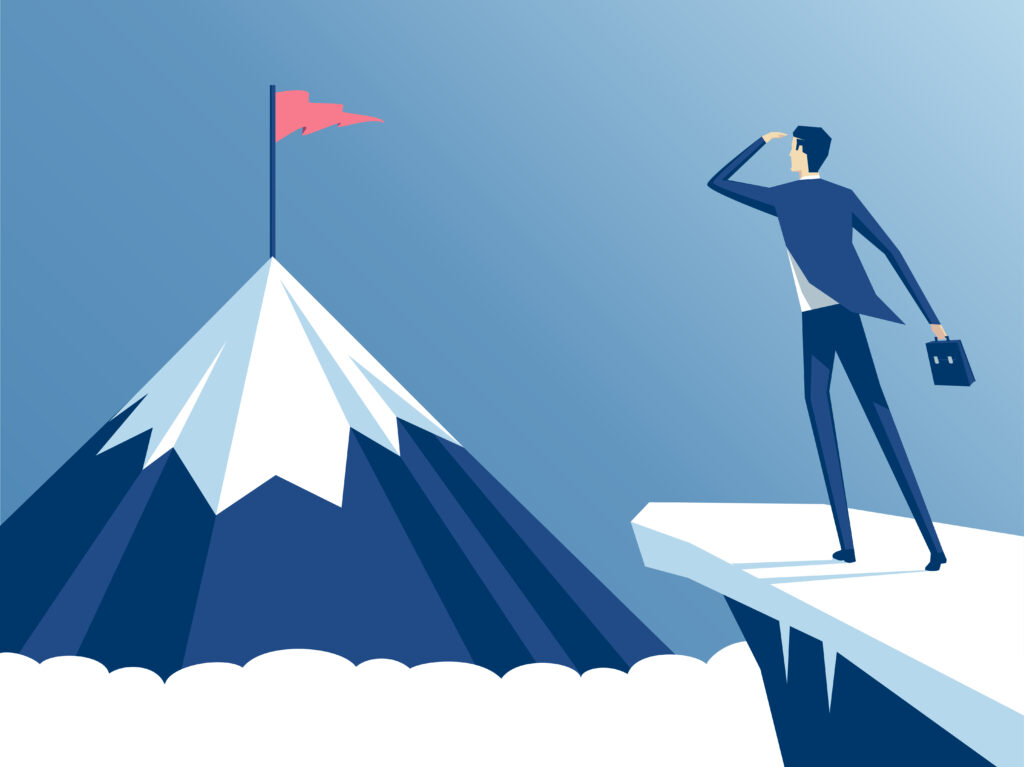 The journey of a lifetime. That’s how I would describe the seven years in business my firm is celebrating this January. It’s often said that adversity does not build character, but instead reveals it. Running a business is the same: it shows you something fundamental about yourself, what you’re made of, how you react in good times and hard. If you want to find out what you’re really like as a person, then starting your own firm will take you a long way.

There’s good reason for that. As I heard the investor Saul Klein say recently, growing a business is like running up a mountain. It is an analogy that has stayed with me, for every year provides you with a different view and you have to learn to both cope with and enjoy them all.

But let’s return to the beginning. The foothills of Seven Hills, a company my business partner Nick and I founded with the ambition to be the Saatchi’s of its generation. A campaigns company for a new breed of change-making firms.

We opened the doors in January 2010, but the true Year Zero was the previous summer. Making plans with my business partner, Nick, working out if we had what it took to go for it.

Many studies show the gap between startup intention and business creation. Fear of the unknown can so often be the killer of nascent enterprise aspirations. It was one of the key reasons why I co-created StartUp Britain as a campaign to inspire people to go for it. The very worst thing you can do is to live a life with the regrets of what might have been.

So lesson one is you have to grip it: to set aside your nagging doubts and go for it without reservation. As Churchill said, attitude is a small thing that makes a big difference. Even the best ideas get nowhere without determined and courageous handlers.

If you will forgive a second historical reference, one inspiration in those early days was the Spanish conquistador, Hernan Cortes. Burn the boats, he instructed his men as they landed on the shores of Latin America in 1519. A brutal but vital message: there could be no turning back. A point of no return. You cannot return so you must go forward. It’s a good lesson for year one. Spend as little time thinking about what you have left behind as you can. It’s the future that matters and that’s going to require the very best of you.

Which brings me on to year two. You’ve taken the plunge and started up. But in the absence of a full order book, what keeps you going? Simply put it’s the power of belief and the pursuit of a one-word answer: yes. Optimism is at the heart of the most successful people I have met in business. It’s going to serve you well in your earliest days, especially after the initial glare of startup excitement begins to dim.

To thrive in this environment you are going to need guts. A point I have heard Lord Bilimoria, the founder of Cobra and Chair of Cambridge Judge Business School’s advisory board, make many times. Ultimately it is those with the stomach for the fight that stand the best chance of making it.

Guts and belief are a huge part of taking you through those hectic first 24 months. Into year three, my experience was that challenging and disrupting the status quo became the core focus. By then you have reached a level where you are big enough to get noticed but small enough to be more agile than most competitors. It’s a year when you rack up your thousandth day of trading, and also start to get a sense of the accumulated wins. Year three is when you can start to shake up your market and make a mark.

By year four, what had been a four-person team was well over 20 and growing fast. At this point, you need to start thinking in an organised way about people, culture and the collective. A nugget of wisdom to help you here: a family that eats together, stays together. I was told it in my teens by a good friend’s mum. And it’s ideal advice for a company reaching its own adolescence. We took the advice to heart and built a kitchen to house our team. Every week since, we have broken bread together. It’s your team that means everything in building the culture and vibe that makes the firm what it is.

With a team that’s firing on all cylinders, you can start to shift gears, to achieve escape velocity. For us, the fifth year was about breakthrough. Where all the hard work started to convert into recognition, from commercial wins to industry awards. At this point, you are a potent mix with the virtues of both an emerging force and an established player. Use your ability to offer reassurance and radicalism in the same breath.

Year six was about message and Mission, our book articulating the belief that the best in business are defined by a purpose beyond profit. Clarity of internal purpose lends a confidence and crispness to your commercial proposition. Most companies will need to update and refresh their pitch to the market: for those in the tech sector, that can mean reinventing the entire product offer. Your sixth year is an ideal moment for locking onto a message that your company can live and breath.

The seventh year we are just completing. In 2016 the weather changed, no doubt about it. From Brexit to Trump, unexpected showers and squalls have abounded. You can never predict how the shock of external change will affect your everyday trading realities. The only thing for it is to keep going, keep climbing and do everything you can to avoid being knocked off course.

So, the mountain sprint: every year throwing up a different summit to scale. Every year more exciting and intense than the last. Every year, a team alive to the possibilities of the future. There’s not much I would change about those seven years. But one last thought for those embarking on their own climb. Take some time to enjoy the view. It’s the best in business.