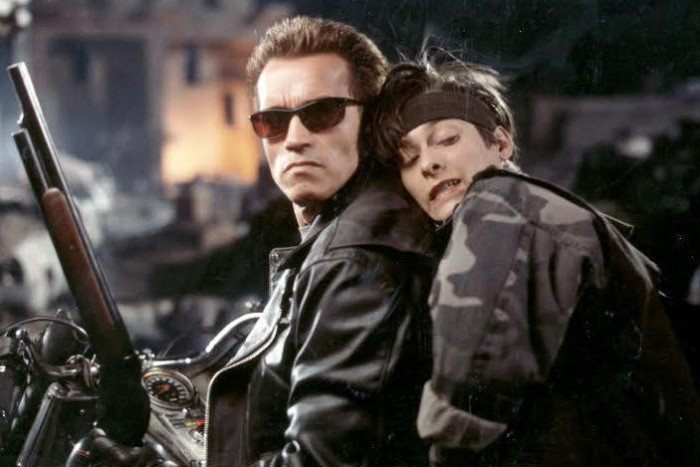 This article first appeared on the Yorkshire Post on Tuesday 11th July 2017.

A few years back I thought the Terminator movies were just good science fiction fun.

That Arnold Schwarzenegger’s threatening promise, “hasta la vista baby” and the rise of the machines was the stuff of far-fetched imaginations and limited acting ability.

But fast forward a few years and our relationship with technology is looking more fragile, especially when it comes to people, machines and the future of work.

No doubt the Governor of the Bank of England, Mark Carney, was watching the same Arnie flicks, back in the day. He certainly captured the sense of humanity’s demise when he stated recently that automation threatens some 15 million British jobs.

“The world is in the midst of a technological revolution that is once again changing the nature of work,” said Mr Carney in his speech at John Moores University.

Not to be outdone, the Bank of England’s chief economist, Andy Haldane, said automation posed a risk to almost half those employed in the UK and that a “third machine age” would hollow out the labour market.

Doom and gloom abound. A recent report from one of the consulting giants states that 30 per cent of graduate work can be automated. While in today’s economy the most “at risk” job categories are loan officers, receptionists, paralegals and security guards.

Even the normally chirpy insurance firm Aviva got in on the act earlier this year when it asked its entire employee base: “Can a robot do your job?” But, in one small victory for humanity, if the answer was yes, you at least got the reprieve of being retrained.

And while Sarah Connor might be the fictional heroine of the Terminator franchise, it was left to the Financial Times’ Sarah O’Connor to evoke the idea of two tribes dominating the Future of Work debate: technofatalists and technofantasists.

While the fatalists cannot fathom any jobs existing at all, there is at least hope from the fantasists who see the future as filled with jobs like “freelance biohacker”, “urban shepherd” and “human body designer”.

The US Department of Labour also thinks that the pessimists may be missing the point and that with great change comes great opportunity. It estimates that 65 per cent of children entering primary school today will ultimately end up working in completely new job types that don’t yet exist.

It raises the prospect of working lives that could be ever more innovative and entrepreneurial in nature. But to stand a chance of making it work, we must get to grips with the big issues that we face today not tomorrow.

The chair of the UK government’s Social Mobility Commission, Alan Milburn, makes the link between destiny and demography. He wrote: “It is part of Britain’s DNA that everyone should have a fair chance in life. Yet too often demography is destiny in our country.”

A recent report from the Commission predicted that it will be 120 years before disadvantaged teenagers are as likely as their better-off counterparts to get top qualifications. Not good news for a country that needs all the skills it can get.

Indeed, the O2 Digital Hub estimates that 2.3 million digital workers are required by 2020 to power the UK’s digital economy. And it also claims that the unused digital skills of one million unemployed young people are estimated by UK businesses to be worth £6.7bn.

While it may be premature to foretell the demise of all jobs, few can deny the pace of change in the way we work. This requires unparalleled levels of effort in helping a new generation get ready for both the challenges and opportunities it will face.

Society also needs the narrative around this change to be more optimistic. Rather than humanity’s demise there is much to suggest that it could well be its making, for, in the prophetic words of the Terminator’s Sarah Connor: “There is no fate but what we make.”