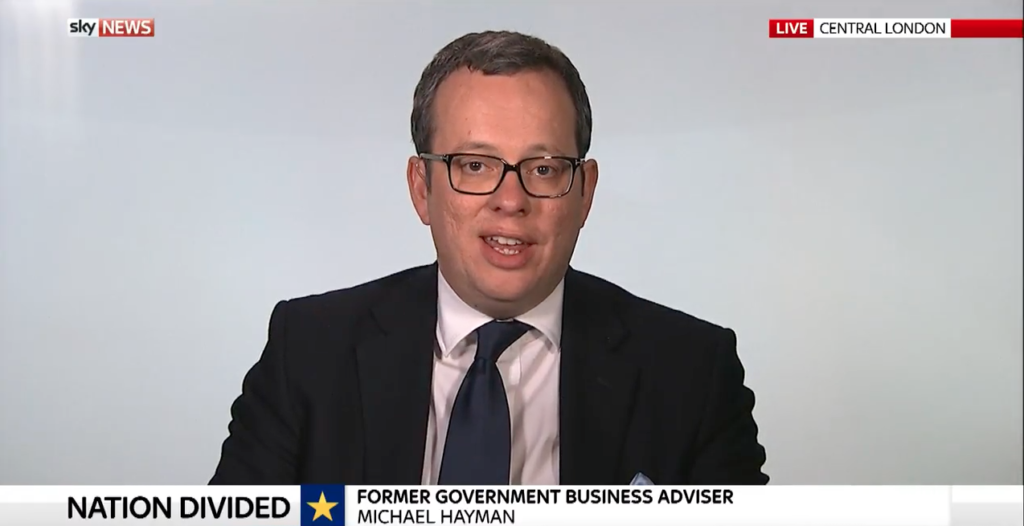 As the debate on the post-Brexit future of the UK continues, Seven Hills co-founder Michael Hayman MBE appeared on Sky News to discuss the emerging culture of business pragmatism and the future direction of the UK economy.

The interview covered the business environment that has emerged since Britain took the decision to leave the European Union. With the value of the pound fluctuating and the financial markets unable to shake post-referendum turbulence, Michael said that markets and business have already proven that they can succeed amidst this uncertainty.

He argued that many businesses have sidestepped the Leave and Remain camps. Instead, many businesses are better described as belonging to a ‘pragmatic group’, which is prepared to live and work with Brexit and who are committed to succeeding in the post-Brexit economy.

Finally, the conversation turned to the future of the economy and the long-term impact of Brexit. Michael warned that the UK is at risk of becoming a ‘single-issue nation’ and that, whilst important in the short-term, Brexit will do little to determine the long-term future of businesses operating in Britain.

With over two-thirds of the S&P 500 businesses of our lifetime yet to be created, he finished the interview by stating that, for the UK economy, ‘the game is not done – the game has not even started.’