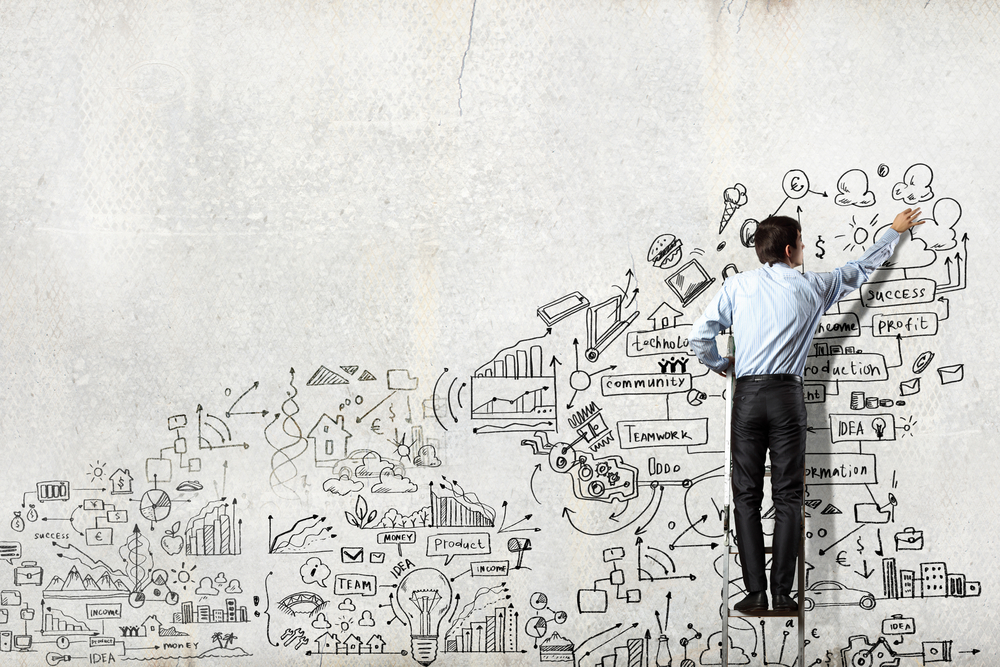 This article first appeared on Coutts – Insights, on 19 January 2017

If you ask UK entrepreneurs for their view on Brexit, no two answers will likely be the same. For Michael Hayman MBE, the decision to leave the EU means both a challenge and an opportunity for British business. “There has never been a more exciting opportunity for business to make a difference that really matters,’” he says.

“There is now a really optimistic and positive view of entrepreneurs, from the self-employed through to Britain’s next unicorns”

Having chaired a number of Brexit-themed discussions, Michael had maintained a sense of “scrupulous neutrality” throughout the campaign which, he admits, left him open-minded when the UK went to the polls. “I was absolutely convinced that we would wake on June 24 to an ‘in’ vote, but that if we were to leave, I wasn’t really worried. Then obviously the result came in and within 24 hours the enormity of what was happening began to set in.” He explains, “Britain is well within its rights not to be part of the EU but there is a very long road ahead for this country now. It is going to take grit and determination to make it work.”

Michael is not adverse to a challenge. He co-founded communications consultancy, Seven Hills, in 2010, when the UK was in its third year of recession. Honing their sights on entrepreneurs, Michael and his business partner, Nick Giles, soon championed much of the narrative of the UK’s economic revival and they have since fuelled some of the nation’s most exciting businesses through dynamic and creative campaigning. Michael went on to co-found Start-Up Britain in 2011 in response to the Government’s call for an ‘enterprise-led’ recovery. Fast-forward five years and an average of 80 companies are set up every hour in the UK.

An amazing feat, but Michael points out that the growth ratio for these businesses is less impressive. According to The Scale-Up Institute, the number of scale-ups in the UK – enterprises with at least ten employees that go on to grow their employee base or turnover by over 20% per annum across a three-year period – increased by just 16% between 2013 and 2015. Growth at both ends of the scale is consistently strong, yet there is a need to inject that same level of acceleration into the mid-market for the scale-up rate to be on a par with start-up levels. And with scale-ups generating three times as many jobs as FTSE 100 companies, this would significantly benefit the UK economy.

“The Government needs to understand that entrepreneurs are the ‘Cinderella asset’, in that you never quite know what you have got until you have lost it”

As it stands today, the UK is head and shoulders above our European counterparts, with 18 of Europe’s 47 ‘unicorns’ (private technology companies valued above $1bn) having been founded here in Britain – an accomplishment that Michael says must now be carefully cultivated to grow further. “We have done so brilliantly well in establishing an entrepreneurial culture in this country. When I think about the change within my lifetime, it is amazing. There is now a really optimistic and positive view of entrepreneurs, from the self-employed through to Britain’s next unicorns. Yet with the accelerated nature of entrepreneurship, there is a sense that it has been here for a long time, that what has happened is a self-sustaining part of the long-term shape of the country. This is true – but only as long as we preserve it.”

And as Britain comes to terms with its new-found independence, this could be a challenge, Michael says, pointing out that the prime ministerial speech made at last year’s party conference lacked any reference to small businesses, despite the crucial role entrepreneurs could have in shaping the post-Brexit business environment.

“There is a sense that business growth is being taken for granted as a constant. The Government needs to understand that entrepreneurs are the ‘Cinderella asset’, in that you never quite know what you have got until you have lost it,” he says. “The proposition has changed and we need to recognise that the conditions facing British companies are going to be radically different from those of the last five to ten years. There needs to be a ‘big think’ moment as we look to fully understand the implications and give careful consideration as to how we navigate this new world.”

The challenges that have emerged in the aftermath of the Referendum have been widely publicised, but, Michael explains, while many questions remain unanswered, more importantly, a vast number still need to be raised. “The UK is turning into a single-issue nation, with the focus constantly on Brexit, trade deals, and nothing else,” he says. “The fact is that you can have a trade deal, but if no one is trading, it doesn’t really matter. The most important thing now for the business community to do is to make sense of Brexit. And it must make its voice heard now more than ever – because it matters.”

Michael has a clear idea of the factors that should currently be on the country’s agenda. “The big red flag issues for the economy right now are the scale-up rate, the productivity rate and the export rate – those are the big three to watch out for and they all are closely linked,” he says. “There is an export-ready culture within Britain that we need to really focus hard on – but without this being on the political agenda, we need to ask whose day job is it to drive this? Who lives and breathes it?”

While Michael believes that new, global corporations seeking a European trading centre are increasingly unlikely to choose the UK, he is quick to point out that there is a clear opportunity as we navigate the unchartered territory of this new world. “We can look at the problems or we can shift the focus to our home-grown entrepreneurial businesses – on the basis that they can grow to such a scale that they take up this slack and they themselves have significant global export potential.”

The challenge lies, he says, for the entrepreneurial collective to ensure that those businesses that are not yet scaling up have the right conditions in which they can do so. “When Article 50 is triggered, it has to be done so in a way that is extremely business friendly. And this is where we come in. If you look at what makes growth possible, it is an open, welcoming and cosmopolitan culture, one that is open to innovation and new people, where the free movement of capital and ideas is accelerated and not diminished. This is the reason historically why the open and tolerant Britain has provided fertile ground in which entrepreneurship can flourish. There is a real opportunity to really spotlight the businesses that are going to make a difference. We need to get back on point in terms of being pro business, pro markets and pro movement of capital and ideas.”

Despite the uncertainty that lies ahead, Michael firmly believes that the outlook for business remains bright. He recounts a speech by former chancellor, George Osborne, who said that two thirds of the companies that will make up the S&P 500 in ten years’ time don’t yet exist, “These ideas are walking around in someone’s head. One day that someone is going to get out of bed and do something very special, whether it is to create the next WhatsApp, Uber or Airbnb – we ain’t seen nothing yet.”

As Michael reflects on how business has evolved in his seven years as Coutts Chairman for Entrepreneurs, he says, “In 2010, the imperative was all about start-ups and reversing this downward trend in business formation. But now we need to build on that and accelerate the growth culture. The role entrepreneurs play in wealth creation has never been greater and if the business community is going to be at the heart of this change, it needs to be at the table in ensuring that the conditions for enterprise are being well thought through.”

As he increasingly sees Coutts clients collaborate to realise entrepreneurial opportunities and further business growth, Michael says he believes that the Coutts community is becoming a powerful force with the capacity to realise the potential of post-Brexit Britain. “Young and innovative companies are thinking, right now, about huge ideas and we need to collaborate as mentors, investors, advocates and connectors of these sorts of firms that will change our world. I thought that 2010 was when the nation needed its entrepreneurs most but I think that today there is a need for a type of activism that we have never seen before – and that our entrepreneurs are more important than ever. The UK needs change makers who will make sense of this changing world – and our entrepreneurs will be at the forefront of this.”