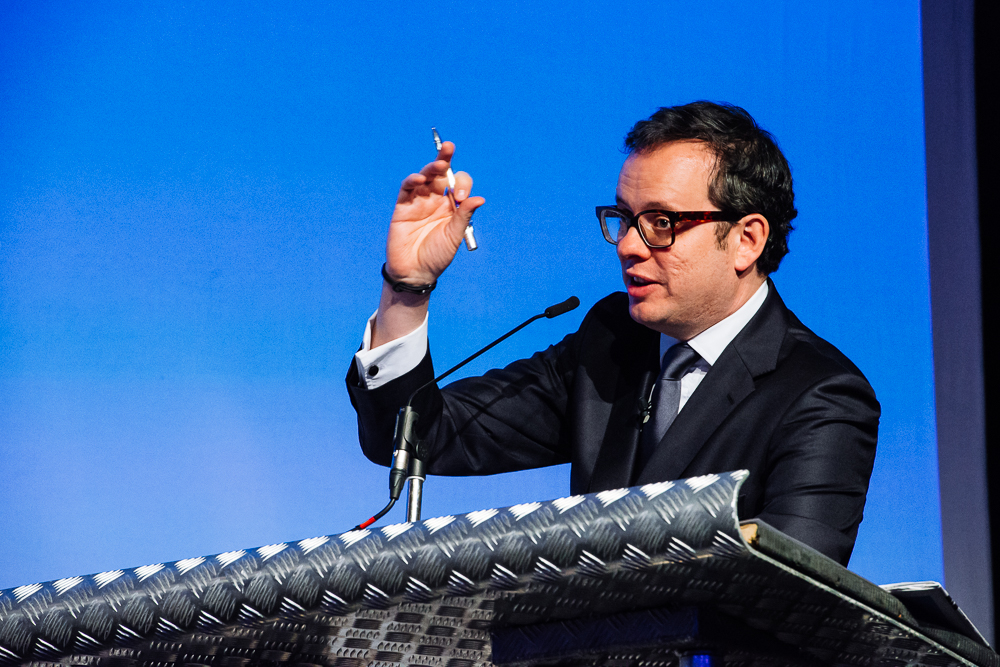 This article first appeared on The Yorkshire Post, 7 December 2016

“Fog in Channel: Continent cut off” – a much parodied, probably apocryphal newspaper headline that has come to symbolise Britain’s ever-uneasy relationship with the EU. Yet in June, the joke became a prophecy, leaving many in the UK peering into an uncertain economic future.

Approaching six months since the referendum, the political process underpinning Brexit remains foggy, and the business picture is in equal need of clarity. The Government is pinning its hopes on the much-vaunted Industrial Strategy to deliver early wins. That’s despite, just months ago, having had a Business Secretary who said the two words should never be seen together in the same sentence.

It’s a phrase that is in need of an update if it is to capture today’s high-potential economy, one where industries increasingly only grow when reinvented and revitalised by new technology and innovation. What we need is less an Industrial Strategy than a Future Industries Strategy: one firmly focused on the sectors and opportunities of the new economy.

Take Jaguar’s recently mooted investment in the fast-growing electric vehicle space, which it says could create 10,000 new UK jobs. As Jaguar chief executive Ralf Speith has put it, “We are in a race. Either we win or we lose.” Jaguar is a business that, along with many others in the automotive sector, is becoming as much a technology company as a traditional manufacturer. Its stance to the UK and to government is a clear one: either back us or fall back in the race for a major new global industry.

The Jaguar situation symbolises one of the biggest challenges facing UK plc in the clouded post-referendum landscape. Namely, how do we make a bold landgrab for the business models and markets that will be at the heart of future growth and opportunity? And how do we make Brexit the enabler and not the distraction?

Britain has a number of areas with the potential to build on existing strengths and carve out new opportunities: Fintech harnessing the depth of the UK’s financial services capabilities; a cyber security sector spinning out of GCHQ expertise; and advanced manufacturing, from Sheffield to the West Midlands: yesterday’s industrial staple becoming tomorrow’s technological opportunity.

To take advantage of those opportunities, the UK requires a number of pieces to fall into place. In a fractious economic environment, much attention is rightly being paid to the needs and concerns of inward investors. Yet that cannot obscure the central importance of skills and developing the talent that will fuel Britain’s future industries.

The UK’s shortage of talent in key areas such as engineering is widely acknowledged. But there is much to play for. To see how the model of the future might work, take a trip to the University of Sheffield’s Advanced Manufacturing Park. There you have cutting edge technology, world-class academic researchers, major investors including Boeing and Rolls-Royce and crucially, a dedicated apprenticeship training centre. All the right pieces for a future industries strategy: talent, IP, investors and a plan.

Back in June, many in business thought that the vote to Leave was tantamount to a commercial suicide note. Now, as events such as the Italian referendum and US election have shown, Britain is not alone in facing a volatile political and social backdrop. What those countries have in common is a collective angst, and a painful search for simple solutions to complex and changing economic conditions.

The lack of obvious answers has left many across government and industry mired in fog. But if you’re in the business of looking for the clearings, it is business and a focus on future industries that can point the way. Only by creating the jobs of tomorrow can we ultimately solve many of the discontents of today.