Britain is “woefully unprepared” for its exit from the EU, according to Yo! Sushi boss Robin Rowland. The restaurant chain’s chief executive voiced his concerns over Brexit during The Capital Conversation, a new dedicated business programme on London Live, which launched last night.

“There will be a huge scramble for people who are qualified to do jobs, unskilled work is also going to be desperately in demand,” Rowland said. “I think we have a major problem that I’m not sure the Government has a clue about how to face.”

Pressed on his growth ambitions for Yo!, he spoke of an ambition to grow the Japanese street food chain by 50%, adding a further 50 locations. He also revealed some of the key ingredients in chain’s success, citing strong leadership, sound finances and world-class marketing as core pillars.

When asked for his number one piece of business advice, he replied: “Don’t be complacent, look what’s coming up behind. You have a one second advantage. It’s like you’re on a race track.” As for future culinary trends, Robin said look south of Mexico for the next big trends to whet the capital’s appetite. 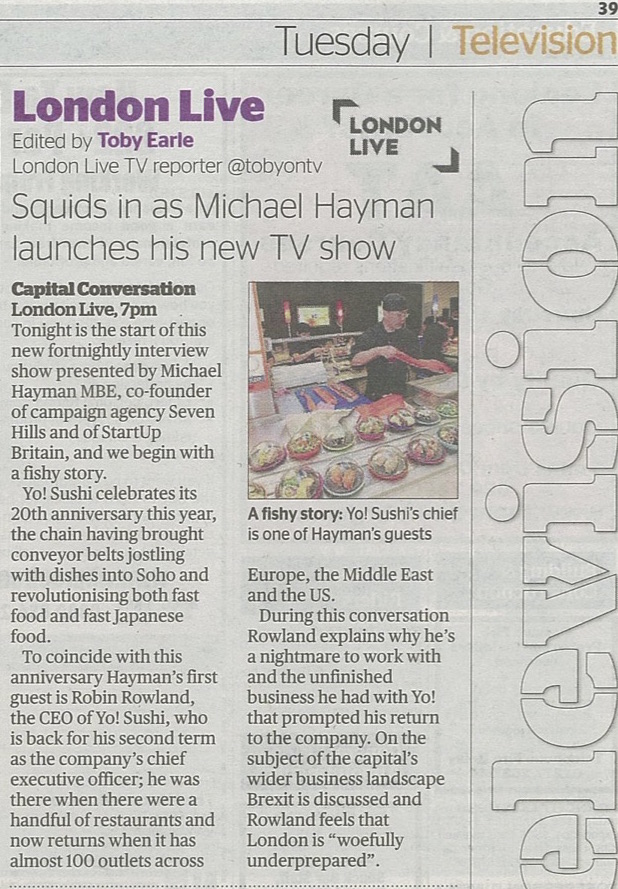