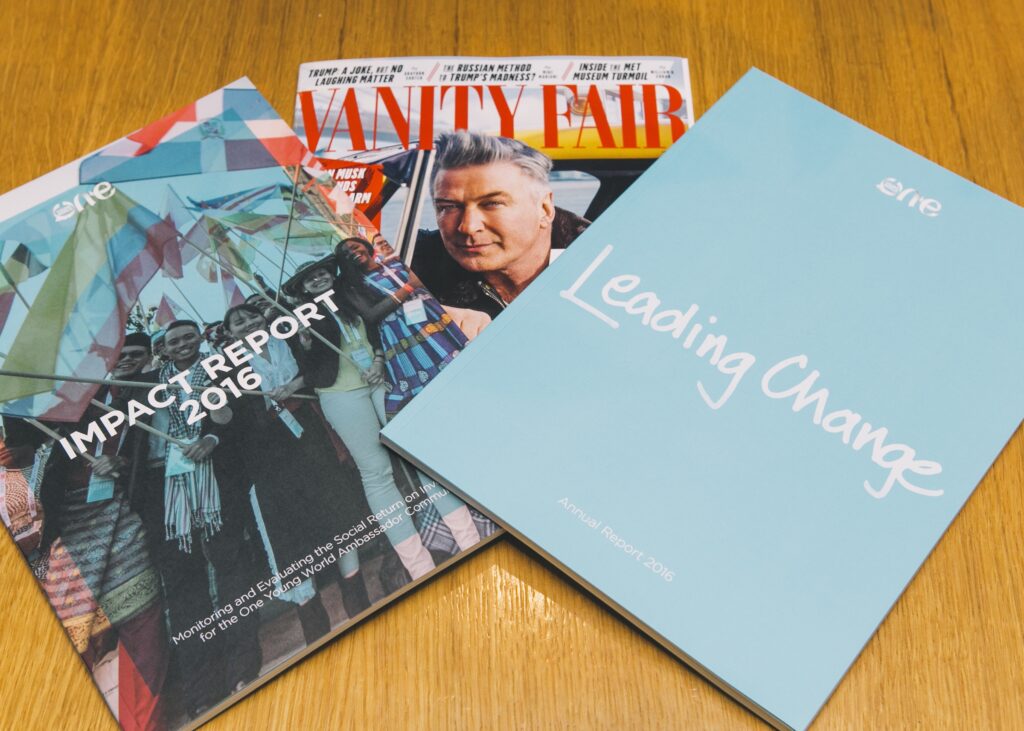 This week, Vanity Fair hosted the annual reception at Vogue House to celebrate its partnership with One Young World. The event coincided with the launch of this year’s special feature in the April edition of the magazine.

The feature, written by celebrated poet and One Young World Counsellor, Fatima Bhutto, includes a photo shoot of global leaders who attended the One Young World Summit in Ottawa 2016.

Guests at the celebratory reception heard from One Young World founders Kate Robertson and David Jones about the importance of supporting and championing young leaders in today’s society. The event also featured an inspirational performance from spoken-word poet, One Young World Ambassador and trainee astronaut, Hussain Manawer.

Seven Hills worked closely with One Young World and Vanity Fair to coordinate and deliver the event, which was attended by One Young World Ambassadors and Counsellors as well as business leaders and media representatives.