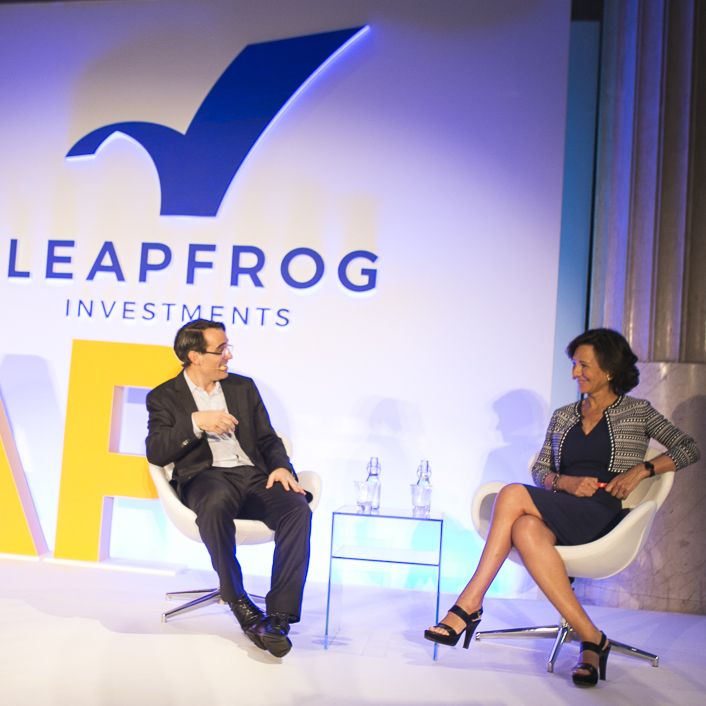 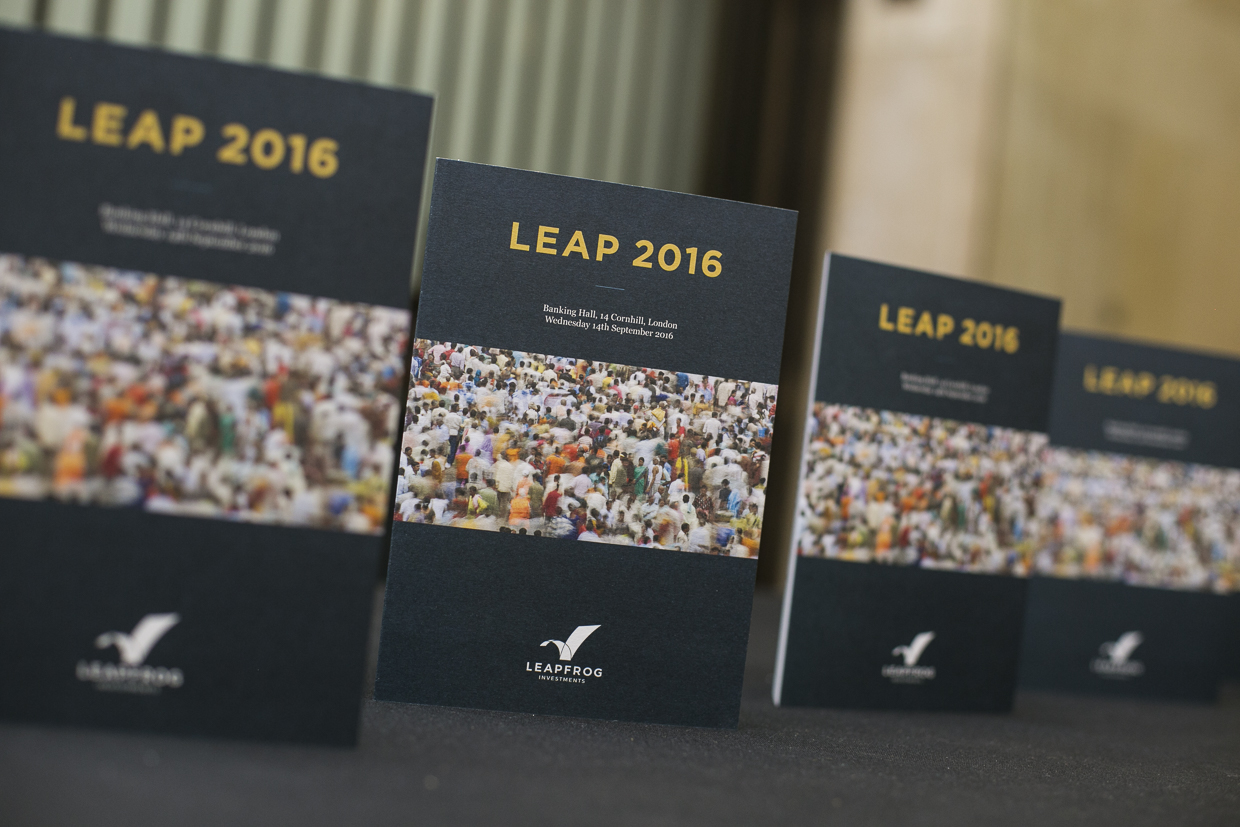 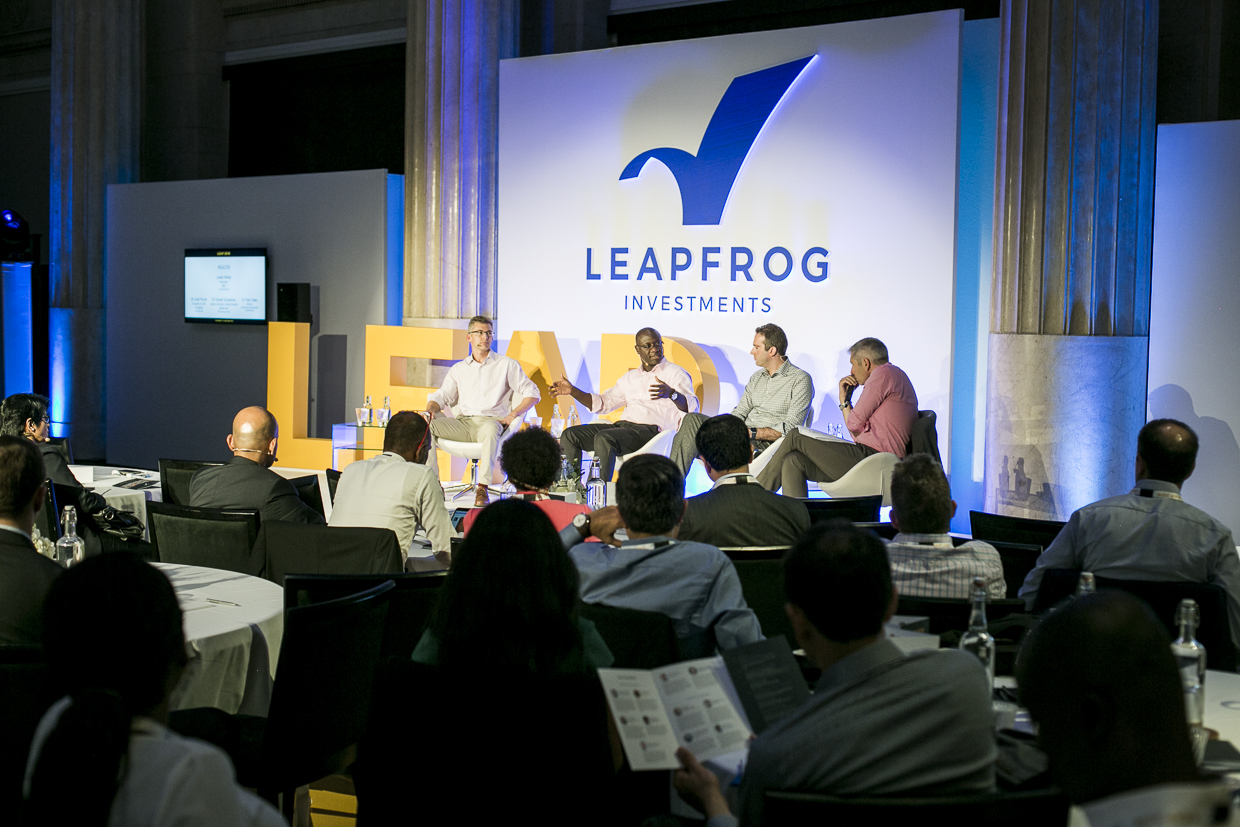 LeapFrog is an investor with a unique philosophy – ‘profit with purpose’. This ethos states that businesses across emerging markets are driving growth by delivering a real social impact.

Crucially, LeapFrog believes that this philosophy, brought to action through its investment strategy, will reshape business practice the world over. Seven Hills is a partner in this mission.

To enhance LeapFrog’s profile as a pioneering investor enabling the rise of four billion consumers across emerging markets, Seven Hills has developed a campaign to showcase this sea change in the global economic order: ‘New Ambition.’

To launch the campaign, Seven Hills worked with LeapFrog to rebrand its annual investor summit. The result – LEAP 2016 – brought together the world’s leading investors to hear from exceptional speakers at the forefront of innovation in business. Featuring Ana Botín, chairman of Santander and Henri de Castries, former chairman of AXA, LEAP 2016 was a creative gathering that examined the business implications of the rise of the emerging consumer.

Alongside LEAP 2016, Seven Hills also conducted a hard-hitting media campaign that saw LeapFrog and its portfolio businesses feature on the BBC World Service programmes ‘Business Day’ and Tech Tent as well as the Evening Standard and the Daily Telegraph.

The media campaign has since secured coverage in the Wall Street Journal for LeapFrog’s investment in Goodlife Pharmacy and led to LeapFrog co-founder Dr. Jim Roth being interviewed on CNBC International.