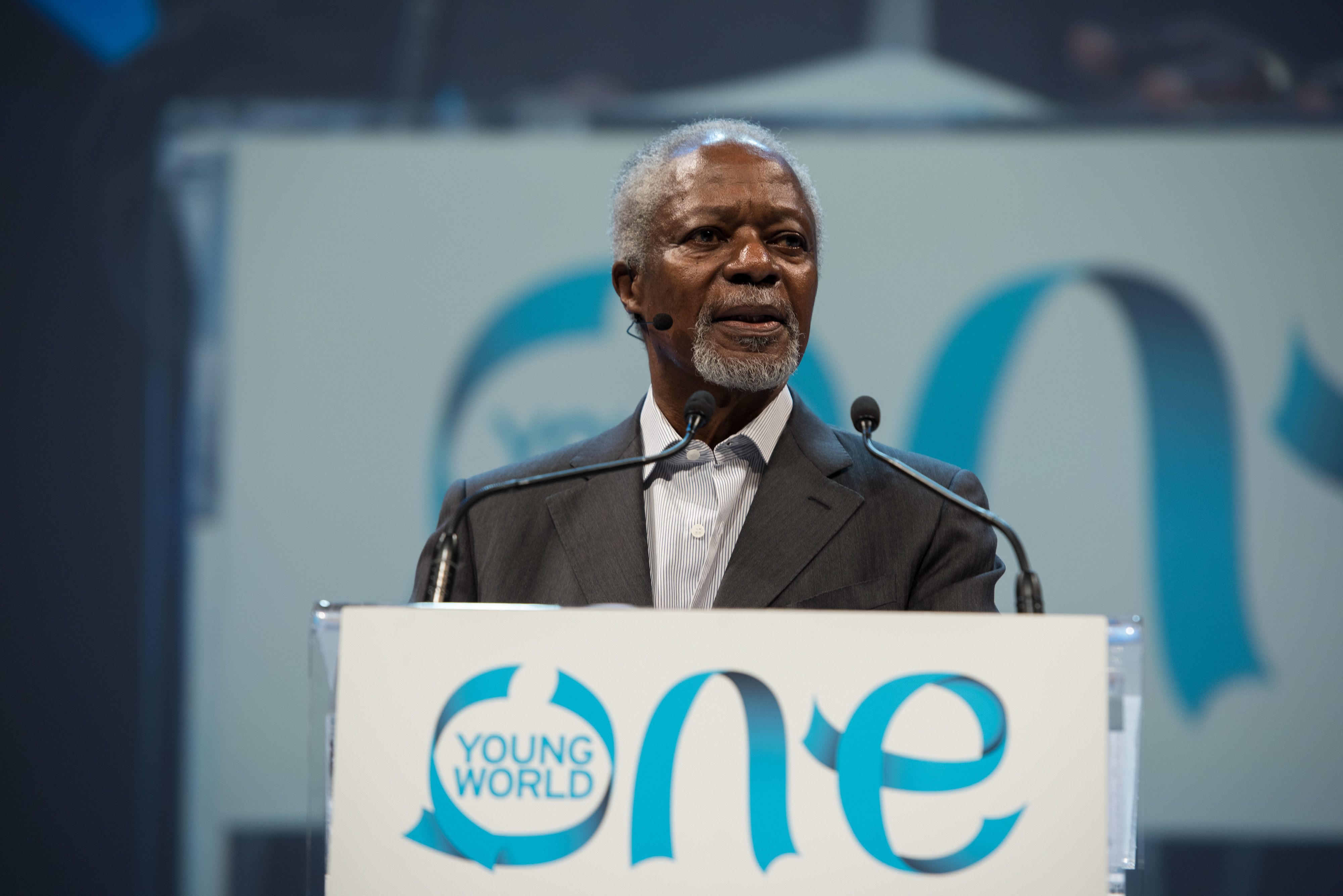 One Young World is the premier global forum for young leaders aged 18-30.

The global Summit provides young leaders from 196 countries with a platform to share ideas in order to develop solutions to urgent global problems, and inspires them to drive positive change in their countries or communities.

Since 2011, Seven Hills has led the international press operation for One Young World, running a year round press office, supporting the global Summit and working with agencies across the world to secure global media coverage.

Since 2011, Seven Hills has drawn the world’s media attention to One Young World’s annual summit, positioning the gathering as the preeminent global forum for young leaders.

In addition to the main One Young World 2016 content, Seven Hills also supported on an international campaign to tackle violent extremism, Extremely Together. The campaign is an initiative founded by The Kofi Annan Foundation in partnership with One Young World, and brings together 10 young leaders who are leading the way in countering and preventing violent extremism, amongst their peers, their communities, across borders and cultures.