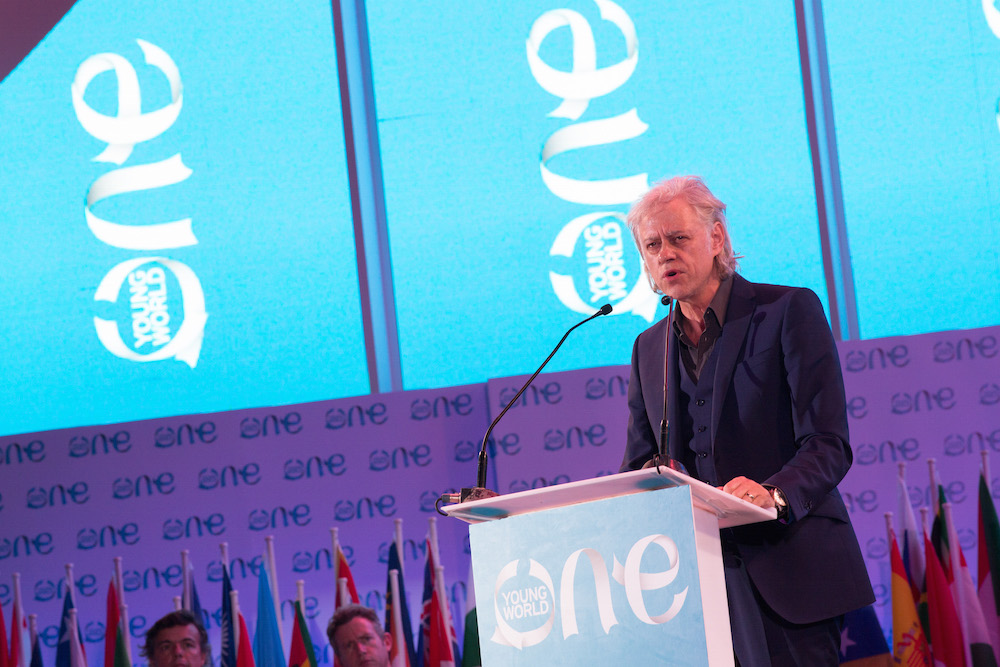 One Young World, which gathers 1,300 young leaders from 196 countries, opened with a spectacular ceremony in the grounds of the Royal Palace, Sanam Luang, with speeches from One Young World Counsellors Kofi Annan, Sir Bob Geldof and Professor Muhammad Yunus.

Seven Hills coordinated the global media campaign for the Summit, working with local partner Bangkok PR to manage over 700 journalists who attended from around the world. During the Summit, Seven Hills coordinated a global campaign against climate change – Call On COP – which involved young leaders from each of the 196 countries represented at One Young World delivering passionate calls to action, urging their heads of government to take action on climate change and reach a binding agreement at the 21st Conference of Parties in Paris (COP21). The speeches were picked up by news outlets across the world, from China to Colombia and from South Africa to Germany.

A key theme of the Summit was Peace and Security, which included speeches from delegates involved in initiatives to tackle the issue of intolerance.  Speaking in the session was Francois Reyes from Paris, France. The 19-year-old founder of think tank Reveil Citoyen (“Citizenship Awakening”) gave an emotive speech about the importance of promoting inter-cultural dialogue in which all cultures, ethnicities and topics of discussion are welcome. He set up the think tank in the wake of the Charlie Hebdo attack in order to react to terrorist violence with peaceful overcoming of intolerance and spoke personally about the recent Paris terror attacks, having lost two friends in the atrocities. His speech was published on Huffington Post.

Also speaking in the session was Sierra Leone-born PJ Cole, the founder of Lifeline Nehemia Projects, an organisation that has helped rehabilitate over 800 child soldiers involved in Sierra Leone’s civil war. In the wake of the Ebola crisis, PJ devised an education programme – run by former child soldiers – that has now equipped over 50,000 people with lifesaving knowledge and supported over 8,000 quarantined individuals.

The Summit closed with the ceremonial handing over of the One Young World baton by the Governor of Bangkok Sukhumbhand Paribatra to Mayor of Ottawa Jim Watson. Ottawa will host the Summit in 2016, which will take place from 28 September to 1 October.