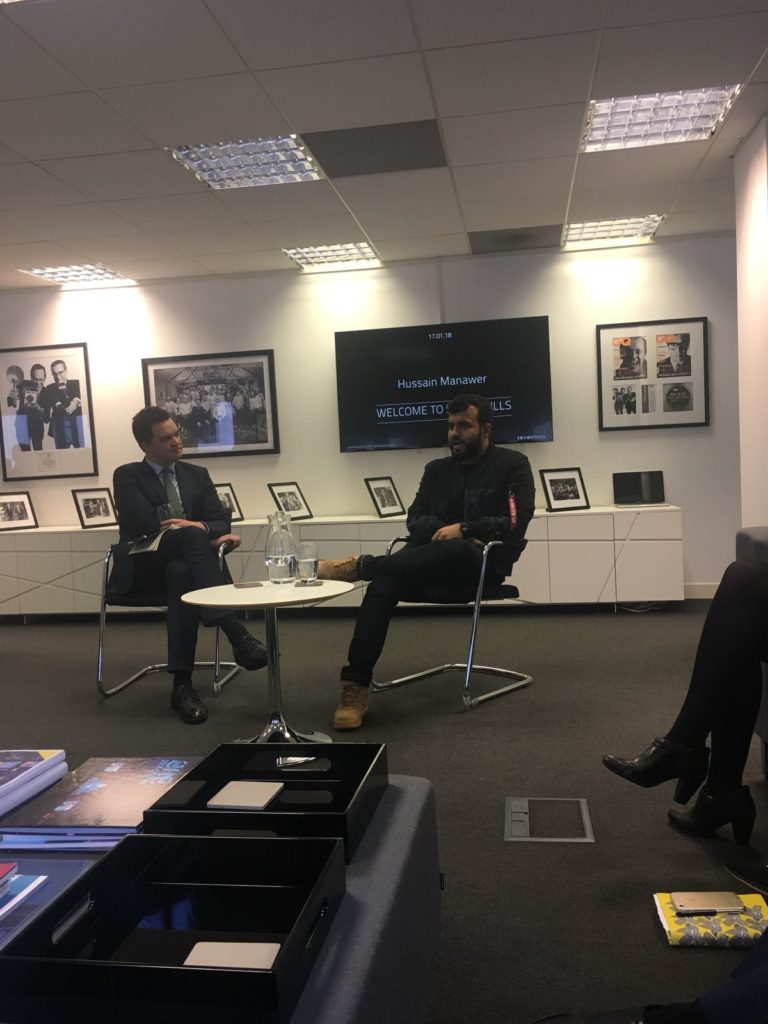 Campaigner, social entrepreneur, poet and mental health advocate Hussain Manawer visited the Seven Hills office this afternoon as the first Academy speaker in 2018. With a background in retail, PR, magazines and music, Hussain says it all changed when “One Young World came along – that’s when I knew I had found my tribe.”

Hussain has been a One Young World ambassador since 2015 – speaking at the summit in Bangkok – and also attended the summits in Ottawa in 2016 and in Bogotá in 2017.

He is currently planning spoken word poetry events, working on an EP and preparing to host an indoor mental health festival later this year.

When asked for his advice on how to improve mental health at work, he said “bring your full self to the office, don’t forget what you said in the interview, feel empowered to be that person everyday.”

At the end of the discussion he gave a captivating performance of his latest poetry piece, entitled ‘Playground’.

The future for Hussain looks to be out of this world: after winning Kruger Cowne’s Rising Star Competition in 2015 he is now set to go into space.

We look forward to welcoming Hussain back to earth.