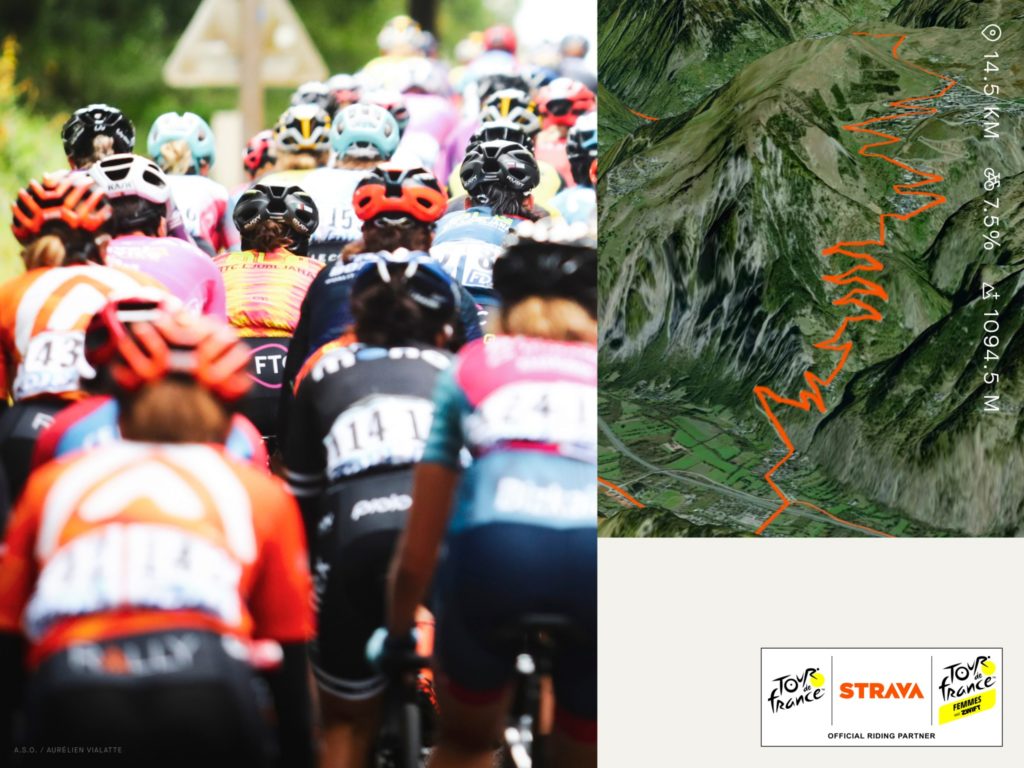 Strava has long been a favourite digital platform of many professional riders in the peloton, where they upload their efforts to share with fans, media and the global community of athletes. In 2021, 72% of cyclists in the Tour de France uploaded their race efforts to Strava and 62% of stage wins in the 2021 Tour were uploaded to Strava.

Now, for the first time ever, the races will come to life inside the Strava app with a content hub dedicated to telling the story of the riders through their daily activity uploads and photos. Strava’s global community of athletes will be able to follow the excitement of each stage of the race by going inside Segments, and relive the day’s top performances; energising and motivating their own athletic pursuits.

“We are thrilled to make a long-term commitment to the Tour de France and Tour de France Femmes Avec Zwift, and provide our global community of athletes with a new way to follow the action of the iconic races inside of Strava. We are committed to promoting equity and inclusion in sport and strongly believe in and support the future of women’s cycling.

“The Tour is the most watched annual sporting event in the world, and three-quarters of the peloton shared their rides on Strava last year. This partnership and future events on Strava will let more riders, including the women’s peloton, engage with cyclists around the world in new ways and inspire cyclists regardless of gender, age or where they live.”

Seven Hills is proud to support Strava’s exciting announcement and its continued growth in the UK. This news has been covered by the likes of BikeBiz, road.cc, and Cycling News.