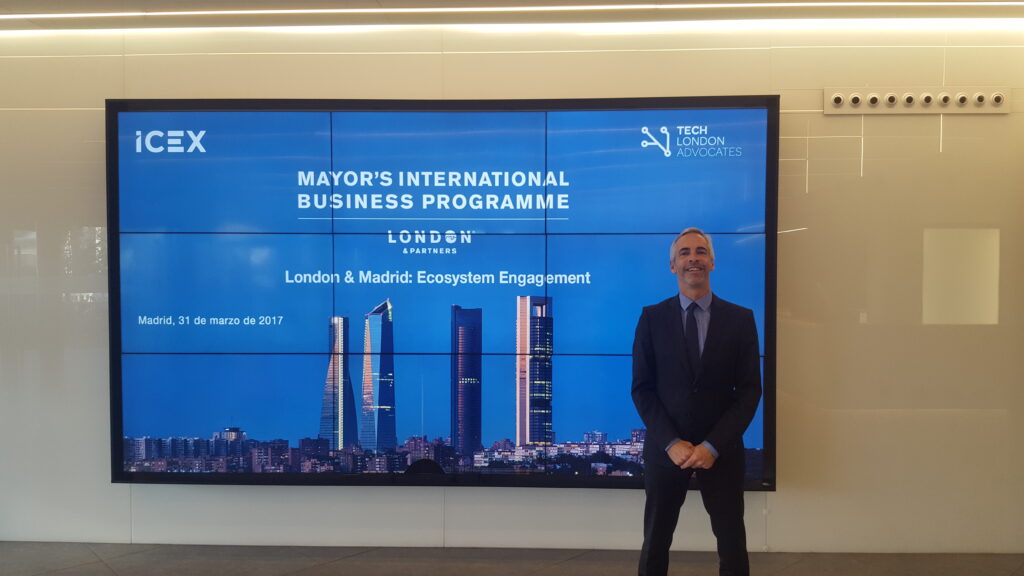 Tech London Advocates, along with the Mayor’s International Business Programme and London & Partners, today hosted Ecosystem Engagement, the group’s inaugural event in Madrid. This was the final engagement in the Mayor of London’s European cities tour this week, designed to showcase #LondonIsOpen with its neighbours.

Russ Shaw, who spoke at the flagship event yesterday at Telefonica, welcomed Rajesh Agrawal, the Deputy Mayor for Business and Luis Cueto, the chief of staff for the Mayor of Madrid, to a series of panel debates and discussions about the opportunities and challenges facing tech companies in both cities.

Tech startups from both London and Madrid shared their experiences and a small group of local entrepreneurs agreed to build the TLA model in their home city.

Each campaign is an opportunity to celebrate the strength of London’s digital ecosystem worldwide.