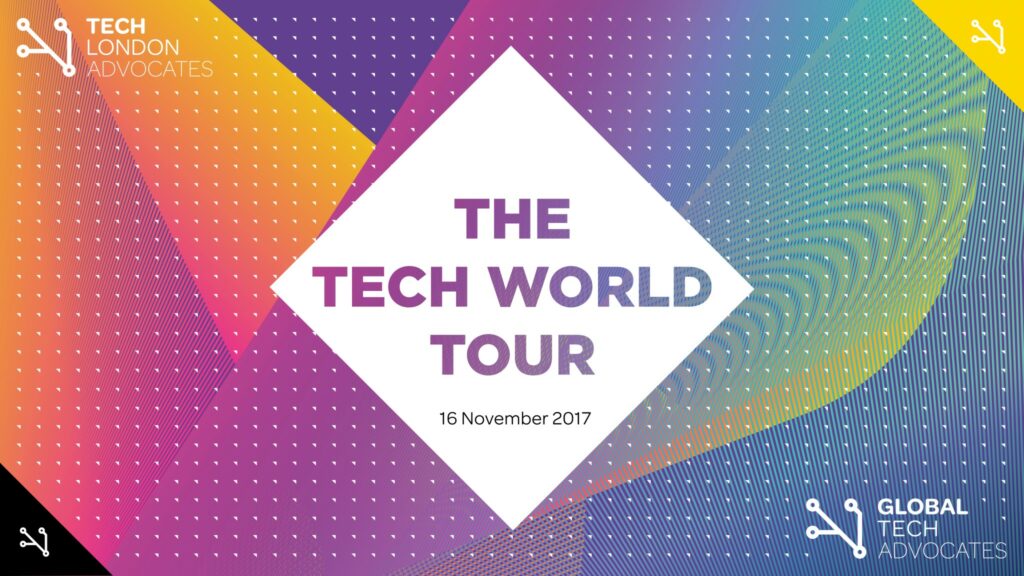 The Tech World Tour took over Here East yesterday, signalling Brexit will not dim the light of London’s tech potential. Bringing together 500 members of Tech London Advocates, the day was a celebration of the capital’s close connections with tech hubs in China, India, North America, Europe, Africa, the Middle East and Latin America.

Rt Hon Brandon Lewis gave a thought-provoking speech on the continued growth of the UK tech sector, “it’s critical we do not rest on our laurels – we must build on these achievements.” He also spoke of Downing Street’s plan to double the number of tech visas to 2000.

“London: Home to the World’s Most Diverse Tech Talent”

The day’s debates touched on a wide range of tech-related issues, from how to attract diverse teams, to technology’s power in the age of Trump and what impact Brexit has on London’s position as a global leader in the field.

“More tech hubs can support each other. It is not a zero-sum game”, said founder Russ Shaw – outlining his vision for Global Tech Advocates. Global Tech Advocates is a global network of over 6,000 tech professionals which spans three continents and seven cities. TLA launched the global platform to consolidate connections with international hubs around the world, an issue which strikes as particularly relevant in the aftermath of the EU referendum.

“London’s diverse business ecosystem has created a community of innovators spanning start-ups, academic institutions and corporates that punches well above its weight on the world stage,” said Gavin Poole, CEO of Here East. He added, “this city is prioritising space for its fastest growing companies, and superhubs such as Here East are making London a globally competitive destination to start, grow and scale a business.”

Seven Hills has worked with Tech London Advocates since its inception in 2013. It has spun out into a network of global hubs over the last four years – most recently having launched in Shanghai.