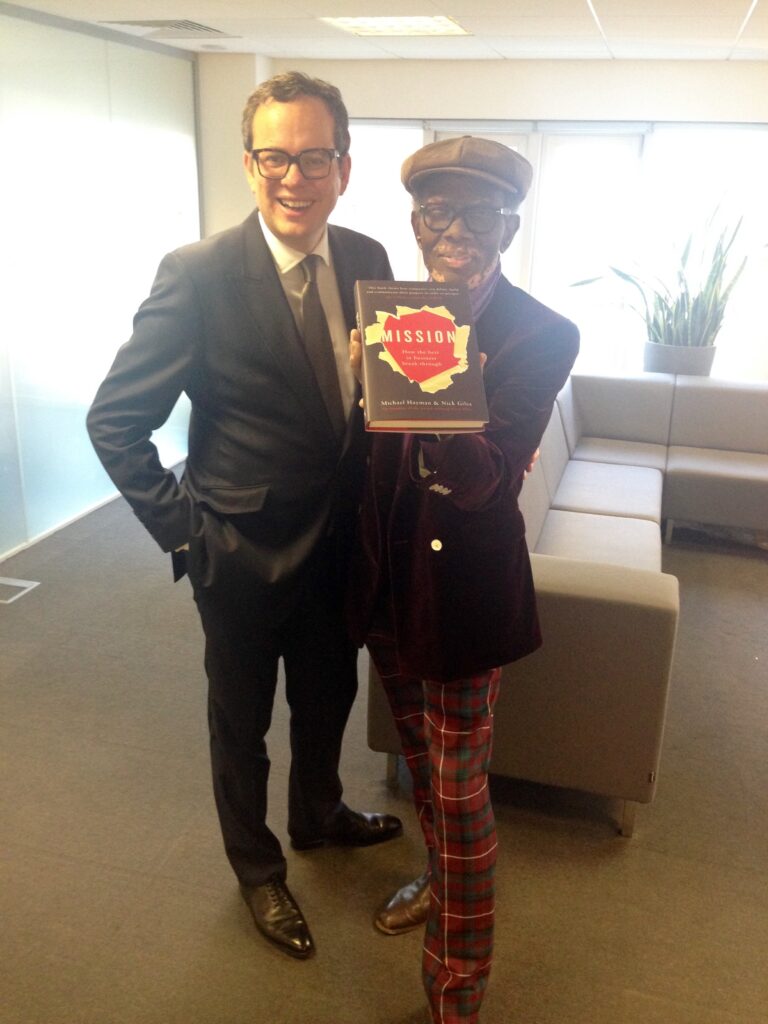 THE BLACK FARMER BRINGS HIS EXCEPTIONAL STORY TO SEVEN HILLS

The latest edition of the Seven Hills Academy saw Wilfred Emmanuel-Jones, better known as ‘The Black Farmer’, bring his story to the office earlier today. From his earliest aspirations of owning a farm whilst tending his family’s allotment in inner city Birmingham, Wilfred’s is a life full of powerful insight into how to succeed against the odds.

The approach to business that Wilfred shared with Seven Hills is fired by the tenacious belief that anyone can achieve anything. Whilst Wilfred’s first steps into the world of work took him into the Army and then into catering, he soon developed a ruthless focus to realise his dreams. This meant powering himself to become a key part of the TV culinary revolution and would soon develop his most successful venture – ‘The Black Farmer’ range of products that has grown out of the brand’s well-known gluten-free sausages.

The brand is now valued at over £10 million, Wilfred has himself launched a rural scholarship scheme for inner city youths, and – perhaps most important of all – Wilfred has achieved his childhood dream of owning a farm.

Wilfred’s story, then, embodies the power of ideals to inspire brands and businesses that change the world. It is an unconventional story, but one that everyone at Seven Hills is unlikely to forget any time soon.