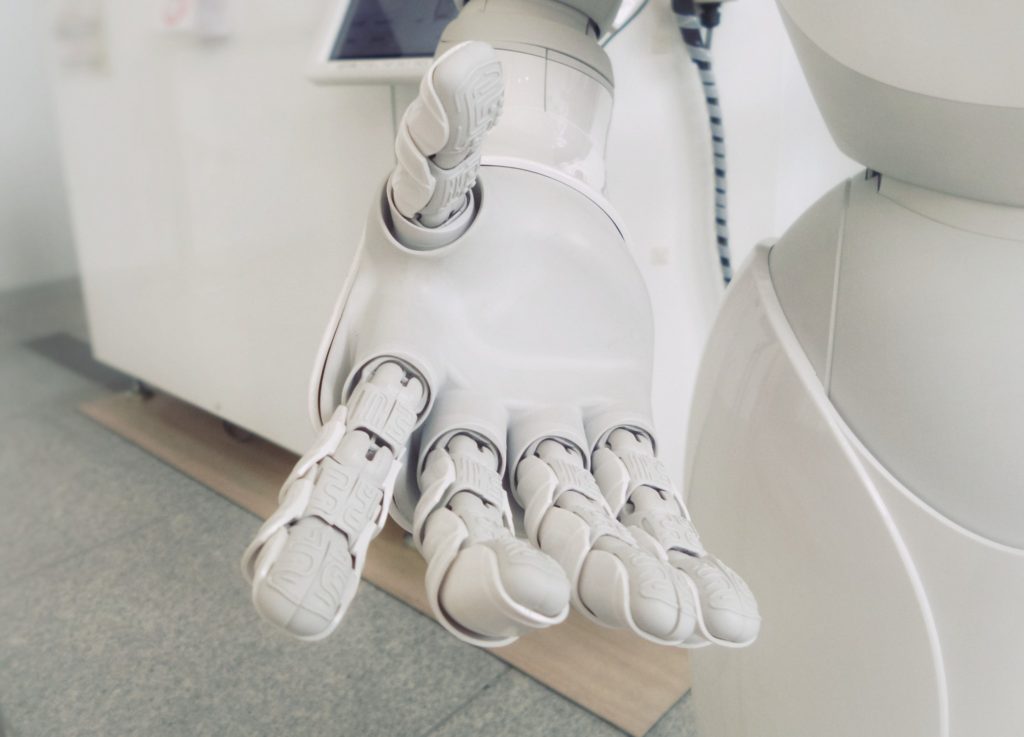 “With great power comes great responsibility” – the mantra usually reserved for Spider-Man’s Uncle Ben became the motif of a technology conference I recently chaired with NatWest.

The tech community is aware of the pace of change. Concepts that were once just twinkles in inventors’ eyes have fast become parts of our everyday life. Smart speakers wake us up; robots remotely operated from thousands of miles away treat our wounds; automated assistants know more than an Oxford don.

In this brave new world, the tech community is searching to define who is responsible for ensuring tech is a positive force in our lives, something we can trust – our teammate, not our terminator.

The theme takes on deep importance when you consider the power of today’s technology. Some 2.5 quintillion bytes of data are created every day. Putting that into perspective, 2.5 quintillion pennies laid out flat would cover the Earth five times. What’s more, over the last two years alone 90% of the data in the world was generated, meanwhile, AI effectively replicates the quality of vision and speech of the average homo sapien.
Naturally, the opportunities are astounding. Consultancy McKinsey estimates AI could add £10tn to worldwide economic output by 2030; in the UK, by the same year, it could boost GDP by 10%.

Getting it right going forward, says Microsoft UK CEO Cindy Rose, rests on looking back. The Hippocratic Oath – based on the 400BC Greek philosopher’s writings – is traditionally taken by physicians who commit to upholding strict ethical standards. It could now be repurposed for AI practitioners. Do no harm: the proposed oath that technologists may soon swear by.

President Obama has added his voice to a growing chorus that is calling for the private sector to do more. Speaking at the 2018 Nordic Business Forum, he said inventions like Facebook grew without a need to care about the outside world. But the world has moved on and business now has to take responsibility for the broader implications of business.

The technology community has already begun to respond: Google’s AI project DeepMind has its own dedicated ethics board, and Stanford University in California announced earlier this year it would fund more teaching of the relationship between ethics and technology.

That should come as music to the ears of Tim Berners Lee who spoke recently about how abuses of the web’s power ‘devastated him.’

The news last month that hackers had stolen the personal data of nearly 400,000 BA customers will have only added fuel to the flames for technofatalists. That’s the issue: if we allow technology to become the comic book villain of our time, we risk missing out on its life-changing benefits.

Around the world artificial intelligence is getting emergency aid to people in life or death situations. There are AR and VR technologies delivering quality educations to children who would otherwise go without. And, closer to home, financial technology is forcing long-established companies to check whether they truly are offering the best service possible to customers.

These stories need to be told. Why? On one hand, because of the amount of humanity now plugged in – 2018 was the cross-over point when more than half the world’s population were connected online.

On the other, reputations are hard to build, and bad ones are even harder to shake. It’s easy to focus on the missteps and the mistakes of data and technology, but we should learn from, rather than revel in, them. Bill Gates once warned, “It’s fine to celebrate success but it is more important to heed the lessons of failure.”
Turn technology companies into the bad guy and bright young talent might not want to work for them, investors might shy away from them and inventors, one day, might just keep the twinkles in their eyes to themselves.

Sheffield-born and raised software entrepreneur David Richards joined me at the technology conference. He asked why humans have accepted that we can’t outrun a car, yet we insist on our ability to outthink a computer.

Our stubbornness has made us masters of our universe. Yet that same hard-headedness – our inability to believe technology could be innately better at tasks we thought were human-only – could prevent us from pushing technology to its positive potential.

In a classic comic book case of mistaken identity, we’ve allowed technology and its associates – data, apps and its founders – to take on the role of villain. Carry on with this caper and we risk becoming unstuck in a web that immobilises progress and that’s the last thing Peter Parker would want.