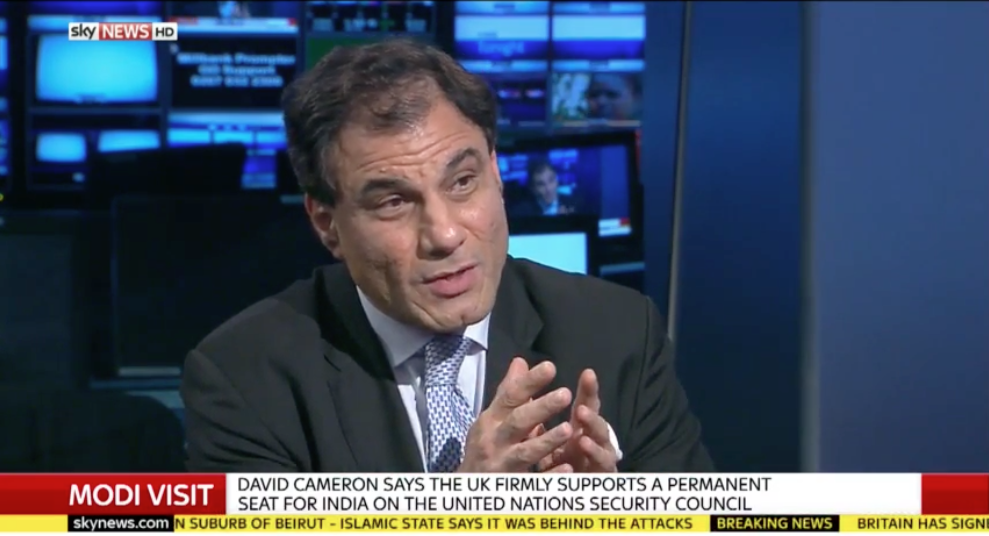 This week Lord Bilimoria, Founding Chairman of the UK-India Business Council and independent cross bench peer, has been a prominent spokesperson for the Indian diaspora as Prime Minister Narendra Modi arrives on his first visit to the UK.

Lord Bilimoria spoke on BBC Radio 4’s Today programme about the political environment in India under Modi, and of the opportunities afforded by its rapid economic growth, saying, ‘If he can generate growth, and have inclusive growth, then he will do well’.

Lord Bilimoria’s commentary on Indian Prime Minister Modi’s UK visit, as well as broader commentary on the Indian political and economic landscape and UK-Indian trade relations, was also covered in The Financial Times, The Sunday Times, The Guardian, The Daily Telegraph and BBC News Online.

Coinciding with the implementation of policy changes to visa restrictions on international students, Lord Bilimoria took the opportunity to urge the UK government to exclude international students from the migration figures, pointing to the significant economic and cultural standing of Indian students in the UK.

He also told Today Programme’s Sarah Montague: “We want to set a target to increase the number of international students, particularly from India.”

Lord Bilimoria will today attend the reception at Wembley Stadium for Prime Minister Modi, as reported here by the Financial Times.