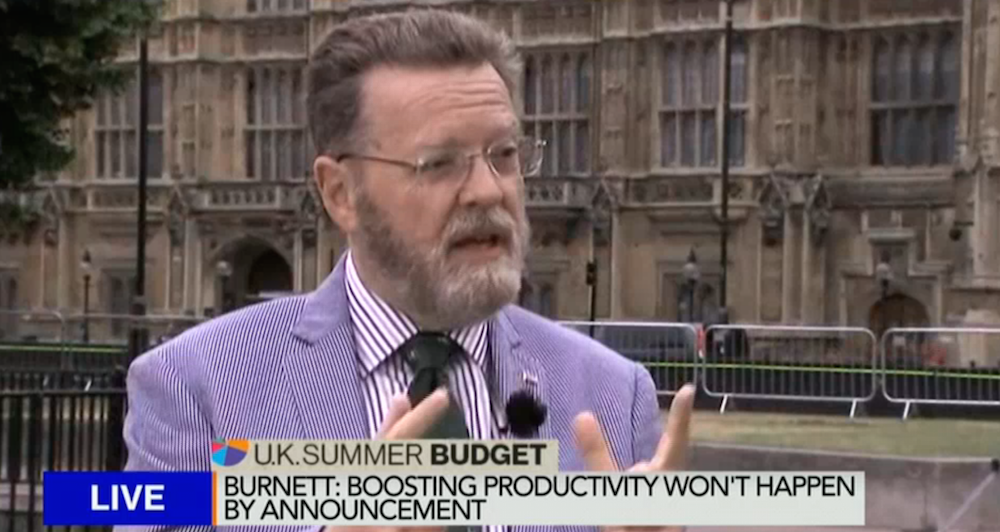 On the day Chancellor George Osborne delivered his ‘Emergency’ Budget Statement in the House of Commons, university leaders from the Universities of Birmingham and Sheffield spoke out about the role universities can play in boosting British business and raising productivity in a media campaign supported by Seven Hills.

Investment in Higher Education plays a major role in sustaining productivity, wrote Lord Bilimoria, Chancellor of the University of Birmingham, in the Telegraph Online. ‘Real-term investment in both Higher Education and R&D has been dropping for decades and the neglect of Britain’s university faculties is starkly reflected in our low productivity rate, which sits around 15 percentage points below pre-crisis levels.’

Prof Sir Keith Burnett, Vice Chancellor of the University of Sheffield, spoke to Bloomberg’s Anna Edwards on Bloomberg Television to offer his perspective on the work being done to make the UK a global force for innovation in advanced manufacturing and transform productivity that way.

Sir Keith said, ‘Innovate UK funds the UK’s High-Value CATAPULT centres jointly with industry firms. Here, small companies can come and try an idea, work with university colleagues and prove that they can make components cheaper and faster, and then enter an order in the supply chain. It’s really important to have that.’

Speaking about the work of the University of Sheffield’s Advanced Manufacturing Research Centre, Sir Keith said, ‘We’re looking at how to organise the structure of the supply chain so we can bid for these big things – big new things like modular nuclear reactors and high-speed trains – and sell them internationally. That’s the way we’ll get a powerful supply chain and a powerful set of products we can sell abroad.’

These statements come ahead of the Chancellor’s Plan for Productivity, due to be unveiled on Friday.