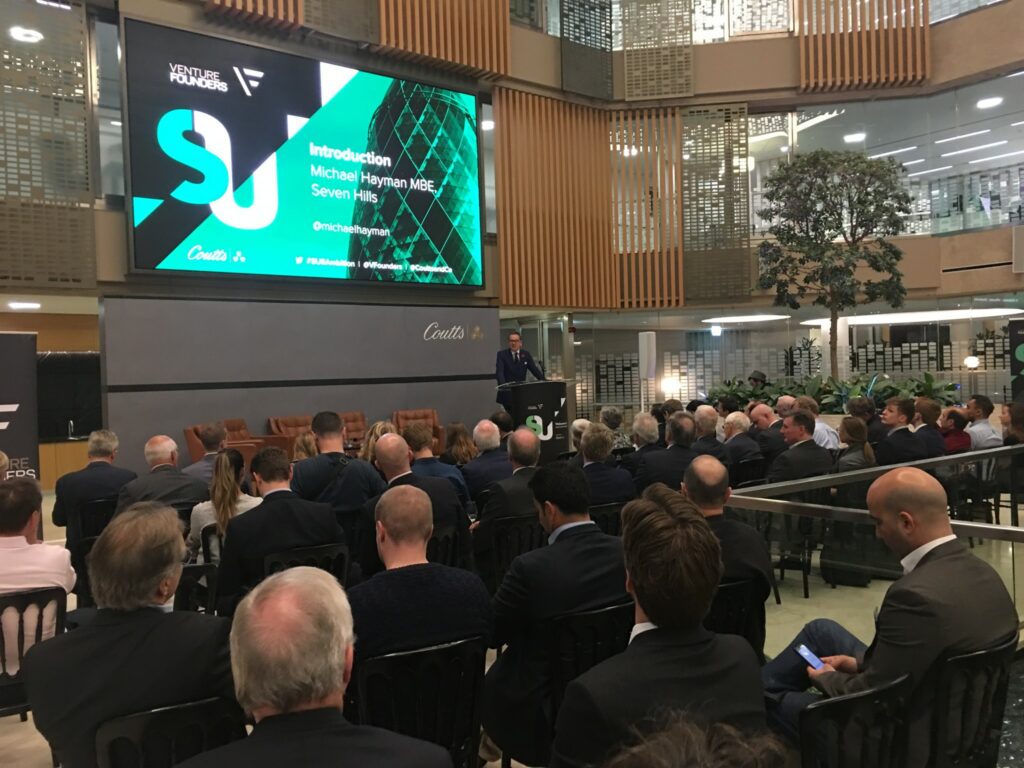 While the US has produced five technology giants with a combined value of over $3 trillion, no UK business has yet reached an individual valuation of $10 billion. The latest instalment of VentureFounders’ Scale-up Series looked at the issue of Ambition, and explored how the UK can nurture an environment where ambitious entrepreneurs and founders are able to scale their companies to the next level.

Opening the evening, James Codling, co-founder and managing partner of VentureFounders, presented brand new research into the UK’s so-called ‘Ambition Gap’, and kickstarted an evening of insightful discussion on whether early exits were a sign of a lack of ambition in British business, or a symptom of a shortfall in the support structure for scaling businesses.

Hosted at the Coutts building at 440 Strand, the audience of entrepreneurs, business leaders and investors heard from speakers including Baroness Hogg, the prominent businesswoman and first female chair of a FTSE 100 company; and Jon Reynolds, co-founder of Swiftkey, who discussed the 2016 sale of his business to Microsoft.

The next event in the VentureFounders Scale Up Series will look at possibly the biggest challenge facing every scale up business: Funding.