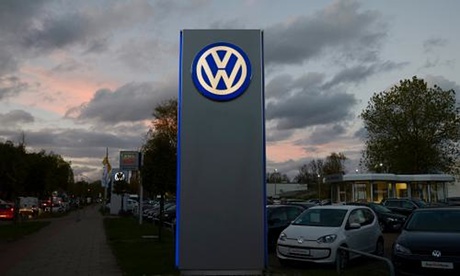 WHY THE EMISSIONS SCANDAL SPELLS DOOMSDAY FOR VOLKSWAGEN

“When your business is built around the promise of reliability, this is the one thing you cannot afford to do”, Michael Hayman, co-founder of Seven Hills, comments on the recent Volkswagen emissions scandal.

“Everyone must have something in life he can rely on.” Prophetic words from the iconic 1987 ad from Volkswagen, a business that made its name by being on our side.

“This is the man who put a million on black and it came up red…this is the man who drives a Volkswagen.” So the ad began, as our hero, having lost the lot, collapses out of a casino at dusk into his trusty Golf. And just as his gamble failed so has that of Volkswagen, on a catastrophic scale.

Let’s not forget the German meaning of the brand: “the people’s car”.  Perhaps a more insightful translation than that offered by the US head of Volkswagen, Michael Horn, who glibly told the world, “in my German words: we have totally screwed up”.

And screwed up they have. The admission of dishonesty over emissions is likely to cost the business dearly – in both the judicial courts and the court of public opinion.

It’s doomsday for Volkswagen. It faces fines of up to $18bn and the damage to its brand might well already be irreparable.

Why? Because reputation is the Cinderella asset. You never quite know what you have until you have lost it. And by playing fast and loose in this way, Volkswagen has no happy ending in sight.

Let’s be clear. When the entire purpose of your business is built around the idea of being reliable, the one thing you cannot afford to do is to be the polar opposite of that, unreliable.

The public reaction could well turn out to be a lot worse than the already vociferous criticism of officialdom. In a world where trust is on the wane, it doesn’t mean that we don’t want to believe. And many of us did believe in Volkswagen.

My very first car was a VW Golf. It’s difficult to explain the pride I had when I bought it. Owning a car that stood for something, something great, something that you could rely on. Reliability was the engine of the Volkswagen brand. The fuel of their success. Today, that promise of reliability is a wreck.

And not even the boldest of gamblers would be putting their chips on Volkswagen right now.