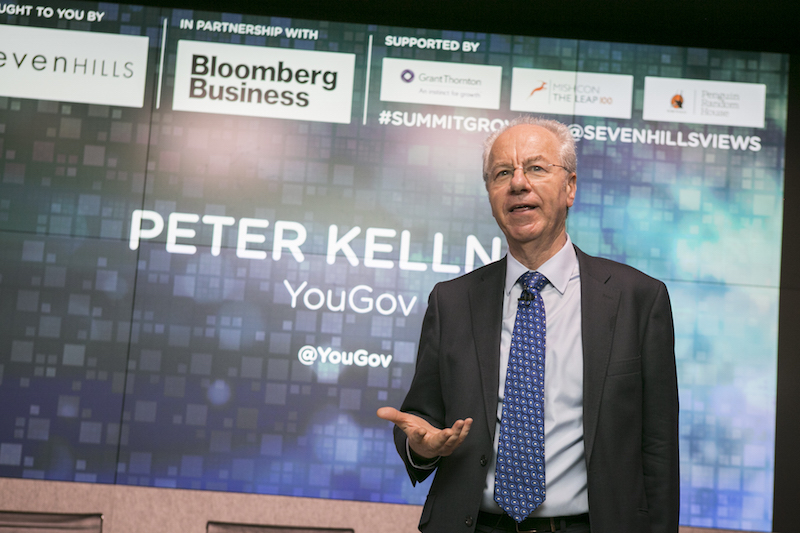 Speaking at SUMMIT: The Future of Growth in London today, YouGov president Peter Kellner told business leaders Ed Miliband will become Prime Minister by a hair’s breadth and with less seats than the Conservatives.

One week before the General Election, he said: “This is the most uncertain election that I can recall. At the moment, I think we’re heading for a really quite interesting and fraught outcome in which the Conservatives will have more seats than Labour, but not enough to carry on in government.”

He projected that the Conservatives would win a minority victory with 280 seats – just ten more than Labour at 270.

The nation’s pollster delivered his prediction with confidence, but said that if it was wrong and a referendum on Europe was called he would be quite confident that the UK will vote to remain in the European Union.

“There is one black swan in all this; if we do have a referendum, we cannot be absolutely certain that there will not be some catastrophe, some crisis, some scandal in the European Union, that will see us vote to leave.”

Kellner commented that there was a five percent chance that a scandal would force Britain to leave the EU with Scotland voting to stay in.

He told the audience: “We could end up with a double crisis with regards to London’s relationship with Brussels, and London’s relationship with Scotland, who will prefer to leave the UK if there is a vote to leave the Union. Yet, besides this five per cent chance of catastrophe, you can be reasonably confident where Britain will be in five years time.”