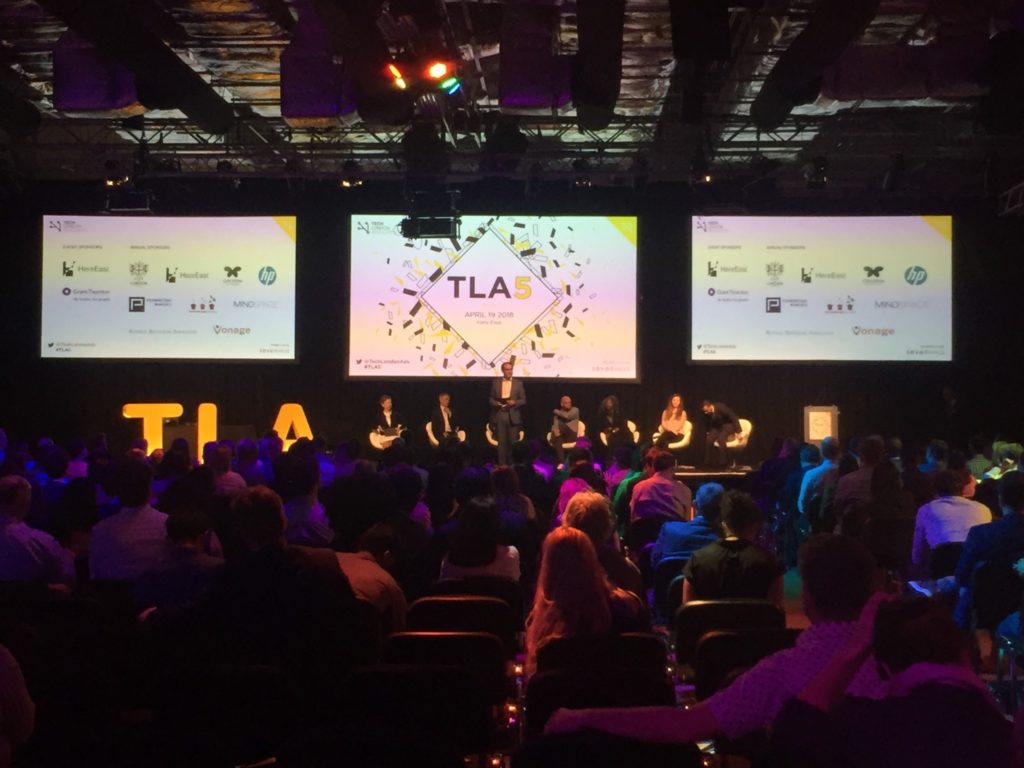 London’s tech community descended on Here East to celebrate the Fifth Anniversary of Tech London Advocates and hear from leading figures from across the tech sector. Russ Shaw, founder of TLA, welcomed entrepreneurs, innovators and investors to discuss the unprecedented success of UK tech in recent years, confront the challenges and look to the future.

Russ Shaw kicked off the birthday celebrations, greeting the 700-strong crowd, and taking them through the remarkable journey of TLA. In five years Tech London Advocates has grown from the ambitions of Russ Shaw to give a voice to London’s tech community, to now the most influential private sector network in UK tech with near 6,000 members.

The conversations homed in on the challenges and opportunities facing the tech community. Panellists talking capital for growth, the city of the future, disruptive innovation and the positive potential of tech. TLA5 went beyond the rhetoric with live demonstrations, robots entered the auditorium and gave a glimpse of the possibilities for automation in the near future.

The final panel was ‘Tough Talk: The Future of London Tech,’ a question time style debate with Jacqueline de Rojas CBE, Theo Blackwell, Gavin Poole, Tim Davie, Dr Anne-Marie Imafidon MBE, Tugce Bulut, Chi Onwurah MP, Vasu Majumdar and moderated by Michael Hayman MBE. ‘Bring it on,’ were the final words that captured the spirit of the debate and embodied the optimism of those in the room looking to the next five years of London tech.

The Fifth Anniversary was well captured by attendees and the media as #TLA5 was trending fourth in London and second in the United Kingdom. The event also marked the release of a new report from TLA, ‘2023: The Future of London Tech’ which featured in a number of outlets including UKTN, New Statesman Tech and as part of a profile of Russ Shaw with Management Today.

Russ Shaw closed the show and blew out the birthday candles, confetti filled the room and a glass was raised to the on-going success of TLA.