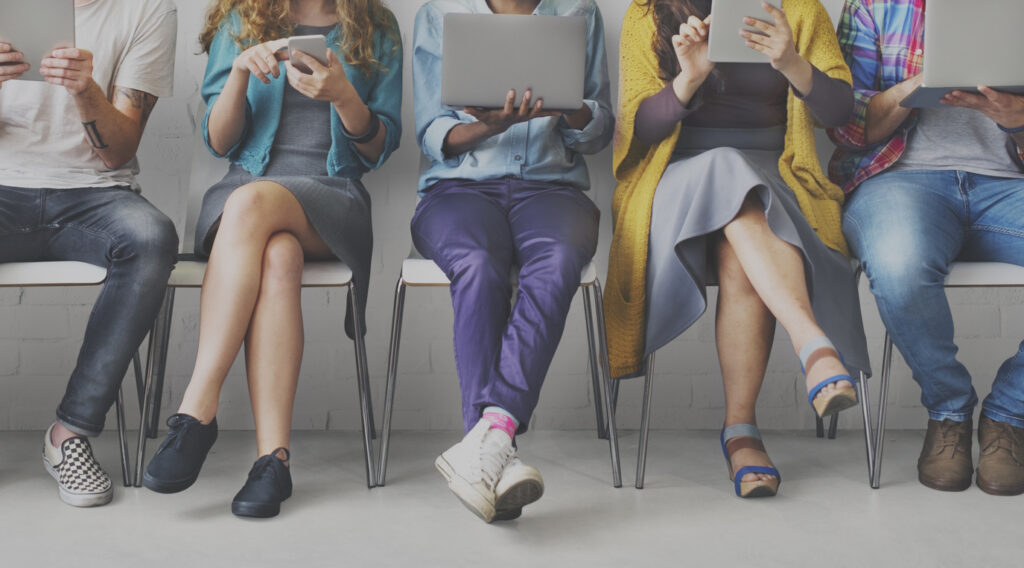 This article first appeared on The Spectator, 26 November 2016

Millennials: there are 160 million of them in the US and Europe. They will comprise three quarters of the global workforce by 2025. They are reckoned to control $2.5 trillion of annual consumer spending worldwide. Born between the early 1980s and mid-to-late 1990s and having matured in the age of the internet and the shadow of the financial crisis, they are the demographic group to which more corporate attention is being paid than perhaps any other, their habits and preferences endlessly scrutinised by companies that covet their loyalty as customers, employees and brand advocates.

The prevailing wisdom holds that millennials are better informed, more demanding and less willing to commit — to home ownership, marriage or long-term employment — than any previous generation. And, according to professional services giant Accenture, $30 trillion in assets will pass down in the US alone from baby boomers (born between 1946 and 1964) to their millennial offspring in the coming decades. Today’s needy, footloose twenty-somethings are tomorrow’s investors, and that poses a question both for the business world at large and the investment professionals who are its financial gatekeepers.As the millennials’ focus shifts from Instagram to investment portfolios, what trends will their money follow?

Well-documented patterns of millennial consumption may hold the key to how they’re likely to invest. ‘More than 85 per cent of millennials correlate their purchasing decisions and their willingness to recommend a brand to the social good a company is doing,’ says Sarah Wood, co-founder and chief executive of Unruly, which helps some of the world’s biggest brands reach consumers through viral videos — and was acquired by Newscorp in one of 2015’s most significant European tech deals. ‘I think we will absolutely see this with investments as well.’

In her view, ‘younger investors are looking for more personal investments. They want to back ventures they believe in as well as ventures that deliver returns.’ Her own most recent investment is in AllBright, a recently launched £10 million fund that backs female entrepreneurs, co-founded by sharing-economy expert Debbie Wosskow. Sarah says AllBright fulfils the criteria of both purpose and potential, helping narrow the significant gender gap in venture-capital funding and also unlocking the ‘huge opportunity’ of female entrepreneurs as an ‘under-valued asset class’.

The idea that millennials will invest as selectively as they consume is well supported. A survey by US Trust, the wealth management arm of Bank of America, found that 67 per cent of the millennials in its sample thought investment decisions ‘are a way to express social, political or environmental values’, compared to 34 per cent of baby boomers. Similarly, Morgan Stanley says millennials are twice as likely as other generations to invest in funds with specific social and environmental outcomes or to divest from those with ‘objectionable’ holdings.

Many of these discerning millennial investors will be funded by inherited capital, beneficiaries of an unprecedented intergenerational transfer of wealth. Others will be those who start, build and exit businesses: the young entrepreneurs who are playing an increasingly pivotal role in the UK economy. Since the 2008 recession, more than a million businesses have been added to the UK’s private-sector population, taking it to a record 5.5 million. Eight years on from the financial crash, we’re starting to see businesses born in its wake maturing to exit, with a string of successful sales, especially in the booming tech sector.

One notable success story has been SwiftKey, whose keyboard technology is in more than 300 million smartphones worldwide; it was acquired by Microsoft in February. Thirty-year-old co-founder Jon Reynolds points to changing attitudes: ‘With a lot of millennial entrepreneurs, it feels like there’s a move away from a generation before where [the focus] was pure profit.’ His own cohort, by contrast, ‘increasingly want to have a social impact as well…it’s reflective of the way that this generation thinks about the world — and a sense that it’s not just about financial ends in their own right.’

Will these more mission-centric founders bring the same mindset to investing once they have surplus cash in hand? Reynolds is not currently investing himself, and is very focused on SwiftKey, but points out that ‘not many entrepreneurs do one company and then go and sit on a beach. Most entrepreneurs are the types of people who are solving big problems, and trying to benefit society… if you can see a way to do that through investment, I can see that being very attractive.’

As the attitudes of investors begin to change, the approach of the investment industry must evolve in turn. ‘Responsible investing is an area that is increasing quite significantly,’ says Dylan Williams, managing director of private bank Coutts (where I am chairman of entrepreneurs). ‘It’s not just an area of interest for the millennials, although there is probably a greater awareness from that demographic. You certainly see interest across all generations and it’s become more of a focus for people in how they manage their wealth.’

Those changing attitudes are starting to be reflected in the composition of investment portfolios. In the view of Leslie Gent, head of investment products at Coutts, ‘The main shift in recent history has been from negative screening to positive screening. Today, it’s not just about ruling out a few companies; it’s about incorporating environmental, social and corporate governance factors into the investment decision-making process, in the interest of long-term sustainable returns and risk mitigation.’

While traditional wealth managers adapt, there are also new providers springing up to serve the digital-first Millennial demographic — 57 per cent of whom would switch bank provider for a better technology service, according to Deloitte. ‘Robo-advisers’ such as Nutmeg, offering low-cost, algorithm-driven wealth management, hope to hook the next generation of investors (the business has just completed a £30 million fundraising, although rising losses over its first three years of operation have given rise to doubts over its future potential).

Beyond the technical wizardry that attracts millennials, there is a wider question of how fast the market can evolve to meet the demands of more discerning capital. Mark Florman, former head of the British Venture Capital Association, points to the need for better corporate reporting standards that let companies demonstrate value creation. ‘There needs to be a simple, global standard of measuring economic and social impact,’ he says: one that brings a range of factors into focus but also better acknowledges the direct economic value created by business. He is proposing the adoption of a new metric, the External Rate of Return, which would measure a range of outputs — from profits and jobs created to impact on suppliers, customers, society and the environment. It would also incorporate third-party feedback from customers, suppliers and employees, ‘a bit like the Airbnb or Uber of business reporting’.

While attitudes can change quickly, the investment sector moves more slowly, however. It’s still early days both for purpose-led investment vehicles and the enhanced reporting standards that might make investors better informed about corporate behaviour and impact. That said, the direction of travel and the higher purposes that millennials have in mind for their capital are clear. As wealth transfers across the generations, today’s trickle of conscious-driven investing will eventually become mainstream. The asset managers of tomorrow will need to follow not just the money, but its motivation.