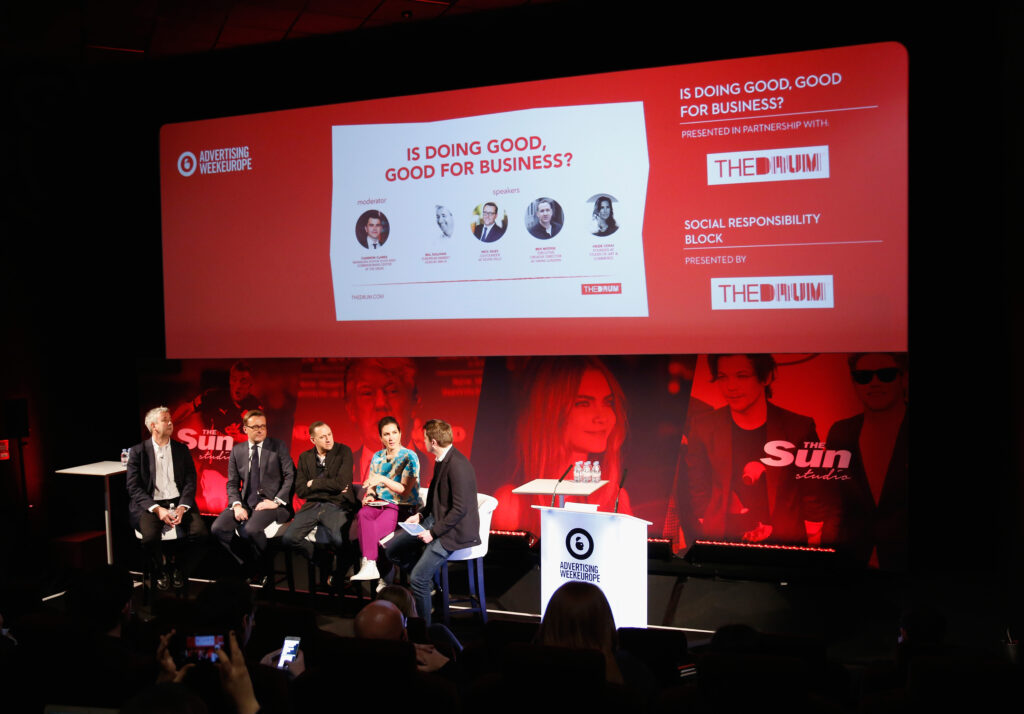 IS DOING GOOD, GOOD FOR BUSINESS?

Seven Hills co-founder Nick Giles spoke at Advertising Week Europe today about the meaning and importance of businesses doing good. As part of a panel hosted by The Drum, Nick outlined how a new breed of British entrepreneurs are starting with a mission and a purpose, rather than adding it onto their operations later down the line.

The discussion covered topical and hotly contested subjects with panellists contributing on issues such as the introduction of a sugar tax, the irony of CSR’s present reputation problem and how businesses attract the best and brightest of the millennial generation.

Panellists agreed that business success will rest on their ability to have a clear sighted mission and purpose and the key is effectively communicating this, “It is important that business leaders are articulating a clear and authentic message about what they’re doing and why they’re doing it”, said Nick.

The Drum also premiered their ‘Do It Day’ film at the panel discussion.