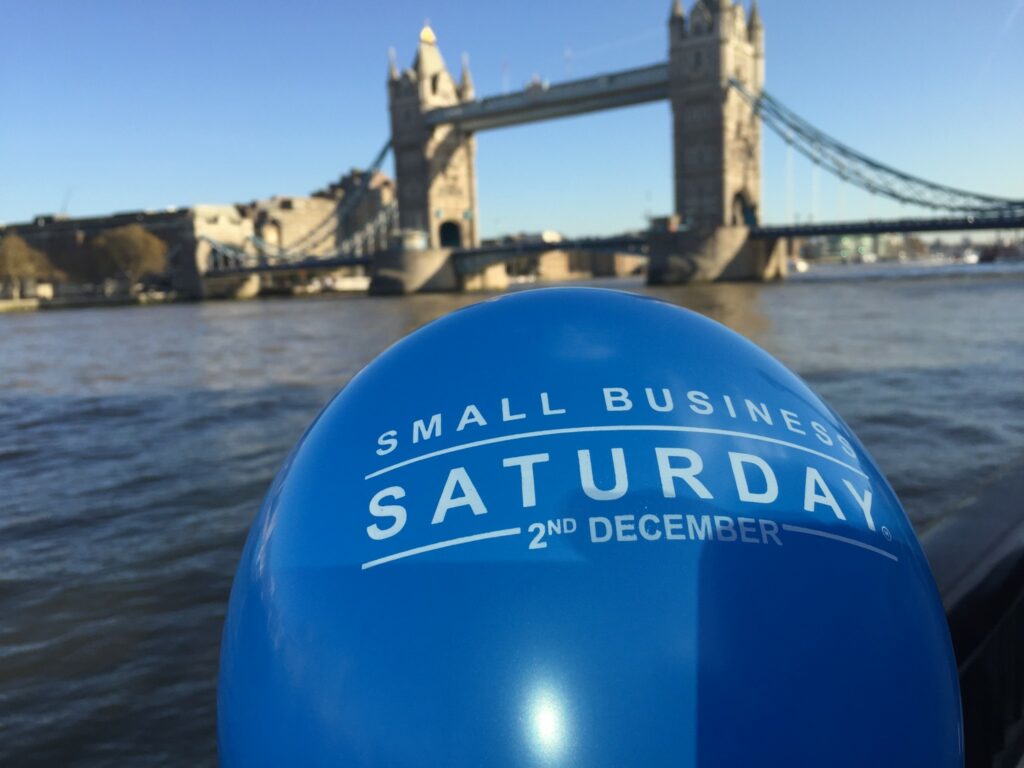 Small Business Saturday, the nationwide campaign to support, inspire and promote the UK’s 5.7 million small businesses, celebrated its fifth anniversary on 2nd December. Originally founded in the US by American Express, the grassroots campaign is run by not-for-profit Small Is Big, and culminates on the first Saturday in December each year. The campaign aims to encourage both consumers and businesses and has a lasting impact all year round.

This year, Small Business Saturday proved to be another huge success with an estimated £748 million spent in small businesses across the UK. This was up 4% from last year, with 56% of those aware of the day saying they spent more than usual, according to a survey commissioned by American Express.

As well as having the support of numerous politicians, including the Prime Minister and the Mayor of London, backing from local authorities was also up from 80% in 2016 to 87% this year.

In the run-up to this year’s Small Business Saturday, the iconic national bus tour visited 29 different towns and cities across the UK, offering mentoring opportunities and showcasing the diversity of the country’s small businesses.

Some 100 small businesses from all across the UK were selected to be part of the campaign’s Small Business 100. The cohort was celebrated and championed this week at a reception at Downing Street, hosted by Stephen Barclay MP, Economic Secretary to the Treasury.

Seven Hills have been pleased to support Small Business Saturday UK as it celebrates if fifth year of success. The campaign has so far been featured on Sky News, BBC News, The Telegraph, Mail Online, The Guardian, City AM, The i and The Sun.