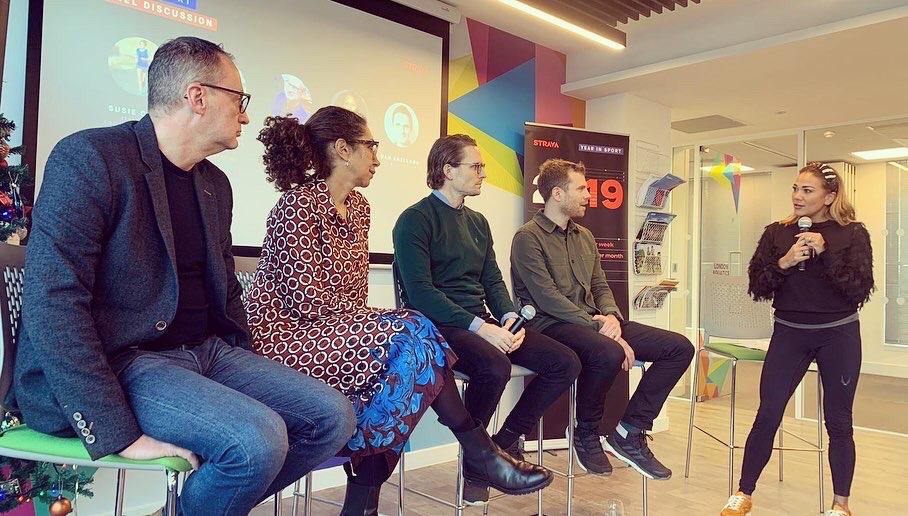 Seven Hills supported Strava with the launch of its 2019 Year In Sport – an annual report that analyses data from the world’s largest community of athletes. This year’s edition revealed the secrets to motivation, the gender divide in cycle commuting, the rise of ultra-marathons and tech-enabled indoor training and, for the first time, gear and tech trends from the last 12 months.

To mark the release of the report and in celebration of the company’s milestone 10th year, Strava convened industry experts from the world of sport, tech, policy and academia, to discuss the trends shaping where, how and why we move.

The event was hosted at the House of Sport in London, bringing together leading industry voices to discuss the trends in the report and the wider issues attached to it.  Speakers included Nick Pearson, CEO of Parkrun; Tove Okunniwa, CEO of London Sport; Dan Shellard, CEO & Co-Founder of FiiT; Claire Eagle, Principle Policy Officer for Transport at the Greater London Authority, as well as Simon Klima, Director of Local Marketing at Strava, and Gareth Mills, Strava’s UK Country Manager.

The conversation on the day ranged from secrets behind motivation and the power of community, to how technology is shaping our active lives, and the future of commuting in urban centres. We had 60 attendees, including key media titles such as Women’s Health UK, Runner’s World and Coach – as well as a whole host of senior representation from stakeholders such as Sport England, England Netball, Sport Heroes, England Athletics, BT Sport, IronMan and many more!

Seven Hills supported the launch event with a dedicated media campaign to generate top tier coverage for the report. Results included coverage in Reuters, New York Times and the Independent.

In its 10th year, Strava has grown to over 48 million members worldwide – with a million more joining every month. In the UK, over 7.5% of the population is now on Strava (1 in 6 adults) and this year, 42% of London Marathon runners uploaded their race to the platform.