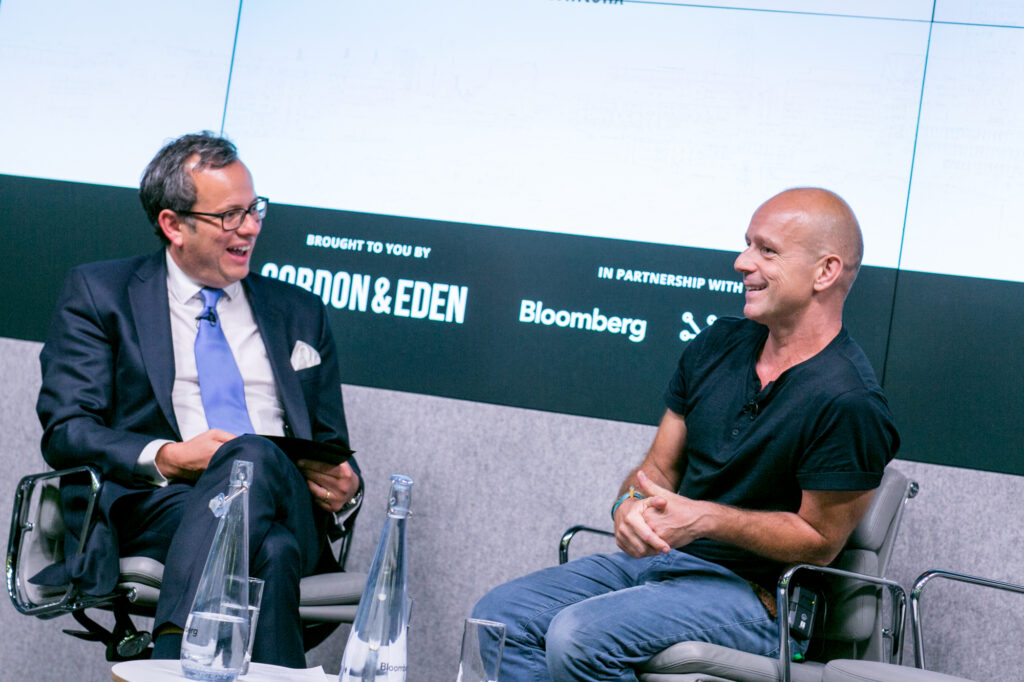 Last night, Michael Hayman MBE interviewed Steve Hilton, the former director of strategy to the Prime Minister and guru behind the 2010 government, about the potential impact of Brexit on London’s tech sector.

Contrary to the overwhelming view of the digital businesses, Steve Hilton put forward a compelling argument for the benefit of leaving Europe to Britain’s entrepreneurs.

The interview was the highlight of In Demand: London Tech Talent and the EU, which Seven Hills delivered on behalf digital executive search firm, Gordon & Eden, Bloomberg HQ.

One week out from the EU Referendum, the event was a chance for the digital community to come together and discuss the future of the capital’s relationship with Europe.

More than 150 founders, executives and investors gathered in the heart of the City at Bloomberg’s European headquarters for the event which was held in partnership with Tech London Advocates.

Key members of the digital community were also invited to share their perspectives on what the referendum result will mean for them, including Eric Van der Kleij from Entiq, Harry Briggs from BGF Ventures; Russ Shaw, founder of Tech London Advocates and Jacqueline de Rojas, President of techUK.

The evening concluded with a fiery panel discussion chaired by Bloomberg’s Caroline Hyde on the best outcome for Britain’s fast growing businesses. It included saw Jason Stockwood, CEO of Simply Business highlight why he believes entrepreneurs should remain IN, while Jamie Martin, Former Special Advisor to Michael Gove MP gave the opposing arguments.