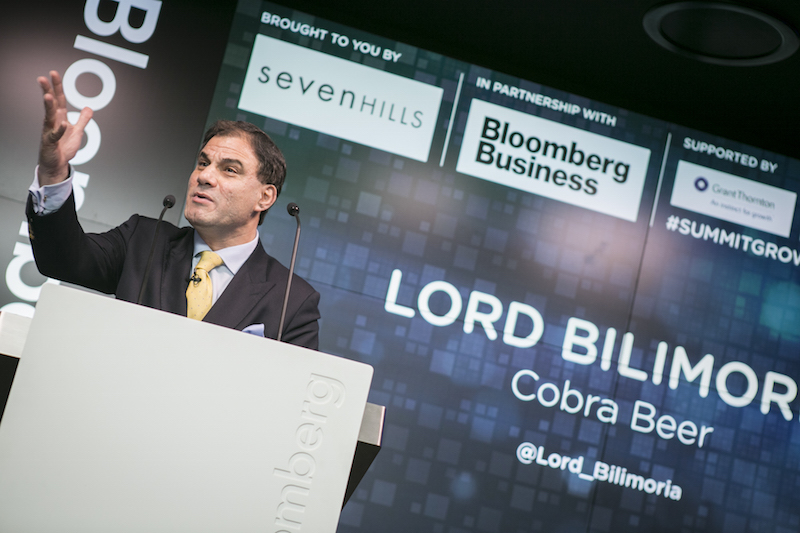 Cross bench peer Lord Bilimoria today said that although the Scots had lost the fight for independence they might win the war with their “visible Trojan horse”, in a panel session on the commercial impact of the General Election.

The entrepreneur, who has has previously called the prospect of a Labour-SNP coalition “terrifying”, was speaking at SUMMIT: The Future of Growth conference at Bloomberg’s London headquarters.
He added: “It is still possible for the Conservatives to win an outright majority, unlikely though, by all accounts. You’ve got jobs – so what have they done wrong, why aren’t they connecting, why has this campaign been so negative?”

In the same session, fellow panellist John Cridland, director-general of the CBI, called for the banking sector to back businesses.

On the uncertainty of the General Election, fellow panellist Norman Pickvance, Grant Thornton’s Head of People and Culture, said: “I believe one of the reasons why this election is so close to call is because of a profound lack of trust in politicians. That lack of trust is also something that applies to the business community.

“Creating a vibrant economy is absolutely vital if people and businesses are to thrive. To create this, first and foremost you need trust and integrity in financial markets. We don’t, and that needs to be restored.”