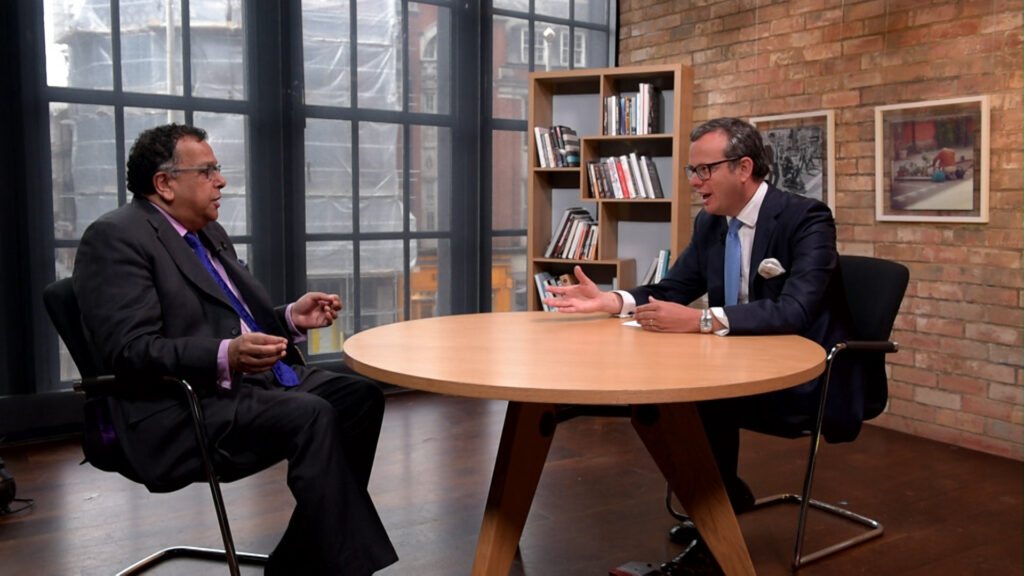 Iqbal Wahhab wasn’t in his Borough-based restaurant Roast when the London Bridge terror attack happened. But the aftermath was a difficult and emotional time: “It was a horrible atrocity, Borough Market is such a place of love, we’re a cohesive community and we felt it together.”

Speaking to Michael Hayman on London Live’s Capital Conversation last night, the restaurateur and activist said business has a role to play in deradicalisation: “Muslims are twice as likely to be unemployed in this country than the rest of society, so that helps confound that fear of rejection.”

“If companies made an active bid to recruit [Muslims] and make sure they are seen to be open, they’d play their part in bringing people into the mainstream rather than seeing them drift to the wayside.”

Wahhab may have started two successful restaurants, Cinnamon Club and Roast, but his life could have taken a very different turn. His misspent youth in a south London gang is a constant reminder of this. “It’s always at the back of my mind what could have happened.”

His experiences have given his businesses a sense of purpose, he currently works with The Clink, a unique rehabilitation charity based at HMP Brixton, to give people a second chance. “The employment of ex-offenders is a classic example of how businesses can solve problems that governments can’t.”

He brushes off concerns about finding workers when the UK leaves the EU.  “Everybody is worried about Brexit,” he says, “I take people down to Brixton prison and say, look, the answer is right here.”

Wahhab has witnessed a rise in purpose-led businesses, and believes the customer is increasingly driving this change. “To create profit is a desirable thing and research has found that 43 per cent of businesses with purpose report higher returns.

“Any public facing business will benefit from this approach.”