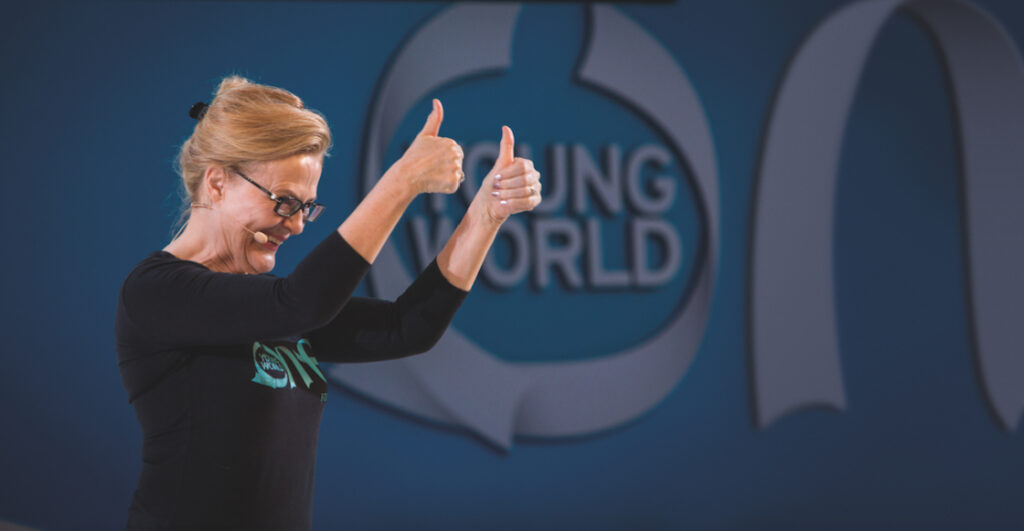 Kate Robertson, co-founder of One Young World, spoke to the Seven Hills team this morning in the latest of 2016’s Academy sessions.

In a wide-ranging discussion with Seven Hills co-founder Michael Hayman MBE, Kate mapped out her vision for a better world and shared her concerns for today’s young people.

Kate co-founded One Young World – the global forum for young leaders aged 18-30 – in 2009 with David Jones. Over the last seven years, the organisation has grown into a network of 7000 young leaders, running projects in 196 countries. Its most recent annual Summit was held in Ottawa, where keynotes were delivered by Kofi Annan, Sir Bob Geldof, Professor Muhammad Yunus & Mary Robinson.

In conversation with Michael, Kate talked about why business must stand for more than profit, what Seven Hills has taught her about the changing role of PR and the prospect of worker representation on corporate boards.

Reflecting on her young adult life in apartheid-era South Africa, Kate also spoke about the need for strong leadership and the rule of law to protect societies from extreme politics.

One Young World is Seven Hills’ longest-standing client, having worked together since the second Summit in Zurich in 2011. We look forward to welcoming Kate back soon, and to next year’s One Young World Summit in Bogotá, Columbia.