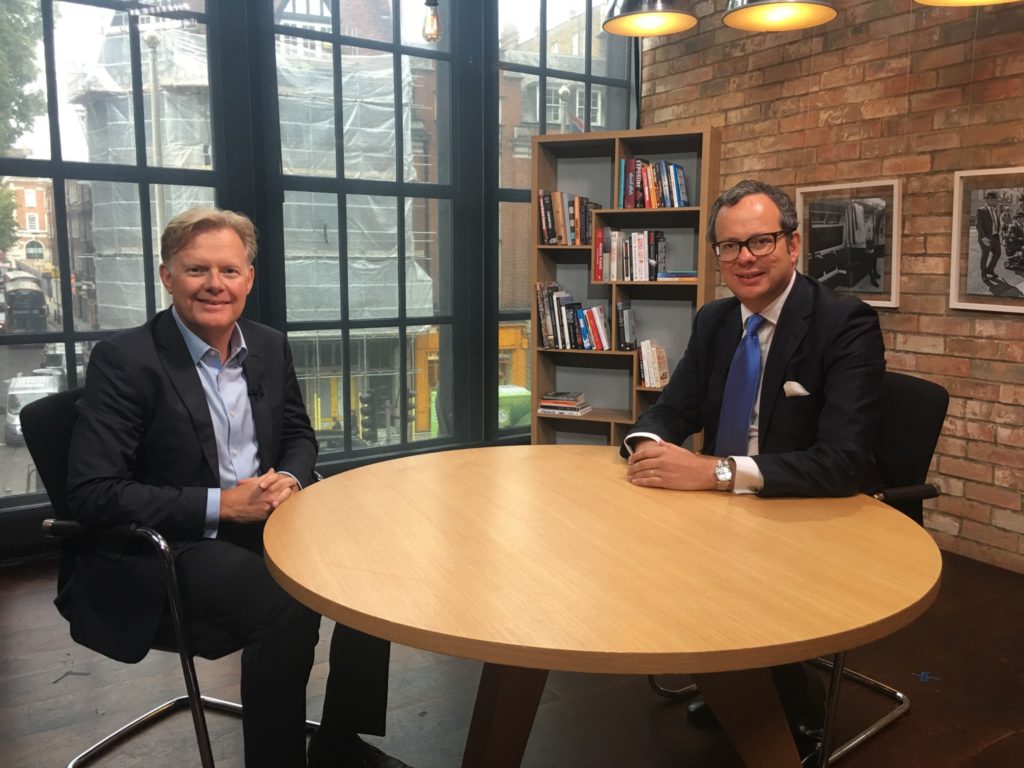 From Bezos to Brexit: Former Mothercare and Lovefilm boss Simon Calver reveals all

As the former boss of both Lovefilm and Mothercare, Simon Calver knows a thing or two about British business. But spending time in one of the world’s largest tech companies, having sold Lovefilm to Amazon in 2011, gave him opportunity to see how our US cousins operate too: “The thing I was most impressed with at Amazon was the speed of decision making,” he told Michael Hayman on last night’s episode of Capital Conversation.

“They really focus down on the essential things; get people in a room with no pre-meetings and discuss the issue until they make a decision. I was in a meeting with Jeff Bezos where we were looking for more investment for digital content…he was like, ‘go make it happen, just execute and get on with it.’”

And what of Jeff Bezos himself? What is the richest man in the world really like? “He’s an incredibly high-energy person and maniacally focused on customer experience. It has to be simple, easy to use and make people go, ‘wow that’s incredible’.”

Having left the world of Amazon behind him, Calver is concentrating on the UK’s next big tech story as partner at British Growth Fund Ventures. “Technology is such an exciting sector but in the UK we need to invest in early stage companies to help them become truly global greats,” said Calver.

BGF is looking to invest between £40 million and £50 million a year. Calver says the key to creating a global company is resilience and agility. “You have to adapt and change. I’ve never had a business plan that I have nailed first time – you have to be able to change.”

Calver believes this ability to roll with the punches will be particularly important in the post-Brexit years ahead. “I think it’s going to have challenges but one thing you’ll find of founders is they’ll adapt to the environment.

Simon’s advice for Theresa May is that we shouldn’t be fearful of great talent coming into this country and helping us grow great businesses.

“Ultimately what we have to do is stand up on our own two feet and be able to attract talent, have the right capital infrastructure to invest in and create businesses.  The basics haven’t changed, we need to make sure we don’t forget that.”

You can watch the full episode here.